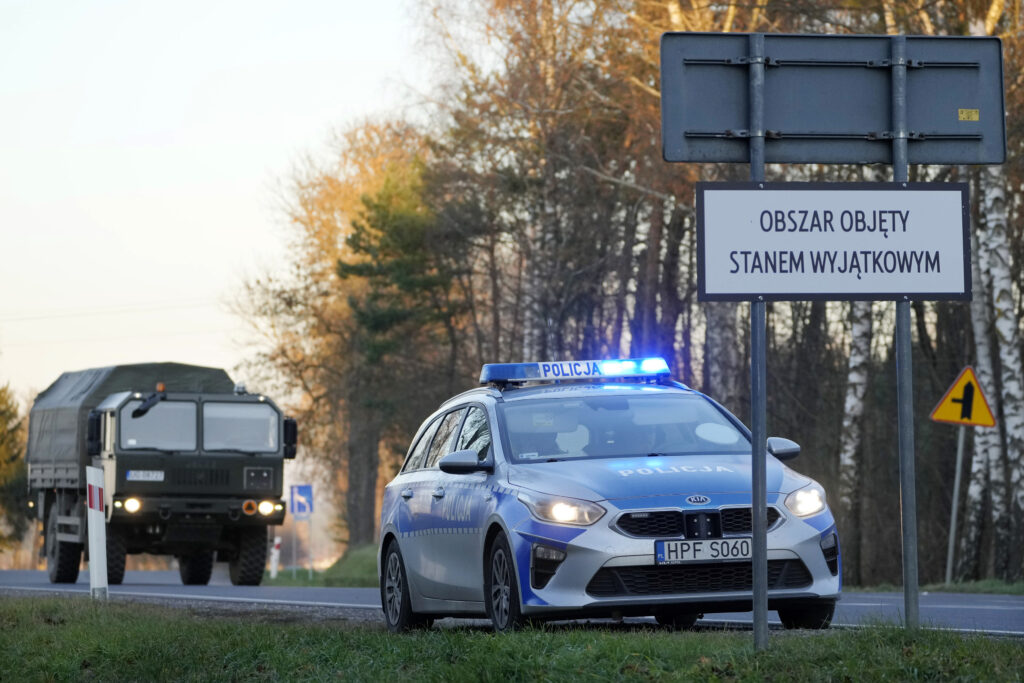 Polish authorities said Wednesday that two groups of migrants managed to cross the border from Belarus into Poland but that all the people in the groups were detained.

Poland’s Defense Ministry also accused Belarusian forces of firing shots into the air in a border area where migrants have set up a makeshift camp. The ministry posted a video with noises of what sounded like shots.

It is impossible to independently verify the information due to a state of emergency in Poland that prevents reporters, activists and any other non-residents from entering a zone along the border.

The latest developments come amid the most tense period to date after months of heavy migration on Belarus’s borders with Poland, Lithuania, and to a lesser extent, Latvia. The three European Union countries are located on the 27-nation bloc’s eastern border.

The European Union has accused the regime of Belarusian President Alexander Lukashenko of trying to create instability with a new wave of mass migration to the EU.

EU leaders allege Belarus is retaliating for sanctions the bloc imposed on Lukashenko’s authoritarian government over its brutal crackdown on domestic dissent.

Thousands of people were jailed and beaten following months of protests after Lukashenko won a sixth term in a 2020 election that the opposition and the West saw as rigged.