Israel Meretz Minister, MK, Speak Out Against Communities in Yehudah and Shomron
Israel 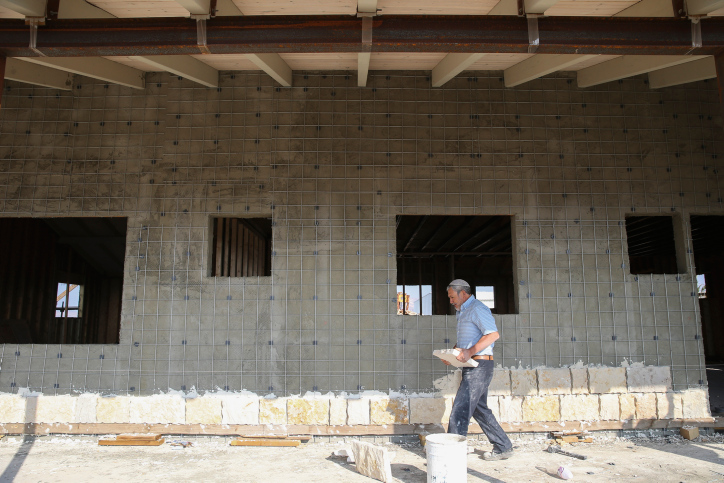 In an interview with Kan News, Horowitz claimed that for him these are illegal towns that should be evacuated. “Meretz and I oppose what is called ‘young settlements.’ It is a laundered name for illegal outposts that have been pirated and cause serious problems on the ground.”

Horowitz added, “People come out of these places, throwing stones and holding pogroms in the evenings. These are unbearable things that need to be addressed.”

“I expect the government and the security forces to control the situation on the ground and not allow it. I do not think anyone on the right can justify such violence and rioting,” said Horowitz.

The Young Settlements Forum responded to Horowitz’s remarks. “We understand that on the morning that another Meretz member resigned amid serious accusations, Minister Horowitz has been forced to engage in spin and wild incitement and blood libel against the pioneering settlers in the young settlement.

“If Nitzan Horowitz has the courage, let him remove his immunity so we can sue him for the slander he uttered this morning. We call on the Prime Minister and other members of the coalition parties to stop the wild incitement against us by a coalition party, before they are translated into physical harm to us and our children,” the forum said.

Meanwhile, MK Raz refused to apologize on Wednesday after he called on Tuesday for the children of Itai Zar, one of the founders of the Chavat Gilad outpost, to be taken and given to an adoptive family in Israeli territory.

During an interview with Army Radio, Zar questioned why his children “need to suffer” as the government doesn’t provide infrastructure to the outposts, with Raz responding that “welfare services need to take his children and bring them back to Israel and have them live with an adoptive family.”

After Raz made the statement, he was incorrectly quoted as stating that all children from outposts need to be taken from their parents and given to adoptive families. On Wednesday, Raz told 103FM that the misquote was due to a mistake by Army Radio’s digital team and that the mistaken quote had since been deleted.

During the interview on Wednesday, Raz stated that “maybe I shouldn’t have said” the statement about taking Zar’s children. Raz insisted that there was a big difference between his statement specifically against Zar’s children and the quote which claimed that he had made the statement against the children of all residents in outposts.

The Meretz MK refused to apologize for the statement, however, saying, “Come on, we are talking about a criminal; all in all, I said something not nice, what’s the big deal?” Raz stated that he does not actually believe that Zar’s children should be taken and agreed that the children should not have been a part of the discussion.

During the Army Radio interview on Tuesday, Zar expressed outrage that Bedouin villages that were built illegally were receiving infrastructure while some communities in Yehudah and Shomron were not.

Raz stated that he supported places in the West Bank receiving electricity and water, but only after a deal was reached with the Palestinians. “I won’t give criminals water or electricity,” said Raz.

The Young Settlements Forum stated that “welfare services need to take the children out of Mossi Raz’s home so they do not become disgusting people like him.”