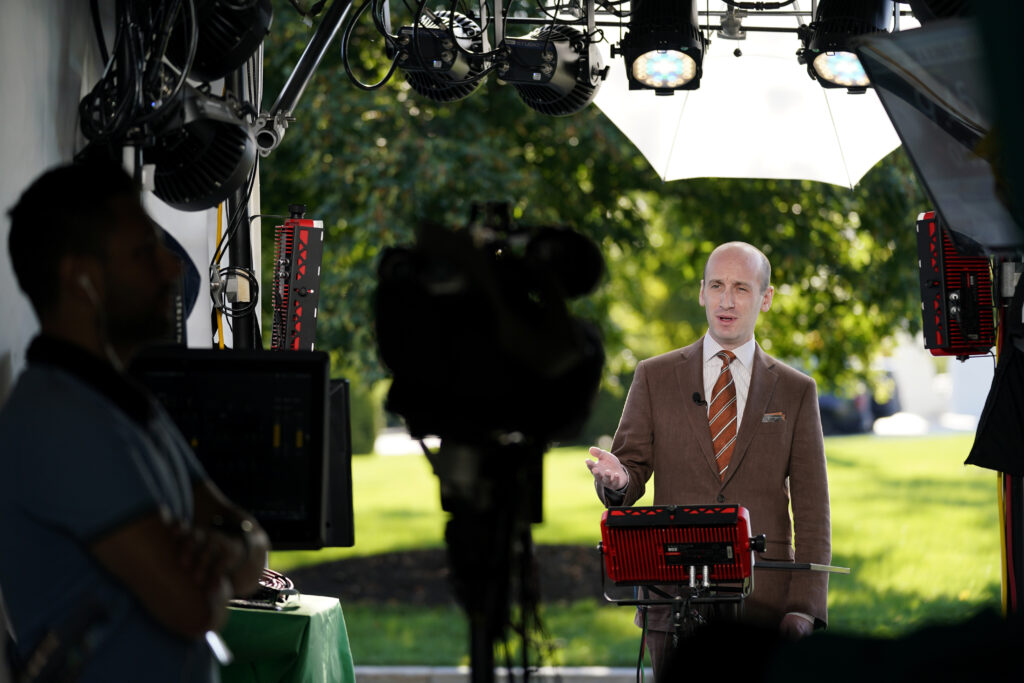 House investigators issued subpoenas to 10 former officials who worked for Donald Trump at the end of his presidency, an effort to find out more about what the President was doing and saying as his supporters violently stormed the U.S. Capitol on Jan. 6 in a bid to overturn his defeat.

The subpoenas issued Tuesday, which included demands for documents and testimony from former senior adviser Stephen Miller and former press secretary Kayleigh McEnany, bring the House panel tasked with investigating the insurrection even closer inside Trump’s inner circle — and closer to Trump himself.

They come a day after the committee subpoenaed six other associates of the former President who spread rumors about widespread fraud in the election.

“The Select Committee wants to learn every detail of what went on in the White House on January 6th and in the days beforehand,” said Mississippi Rep. Bennie Thompson, the Democratic chairman of the panel.

Later Tuesday, a federal judge rejected Trump’s request to block the National Archives from releasing White House documents concerning the Jan. 6 insurrection to the House committee. Trump has filed notice that he will appeal the ruling, and it is likely to eventually reach the U.S. Supreme Court.

It is so far unclear if the Jan. 6 panel will subpoena Trump, though the committee’s leaders have said they haven’t ruled anything out. The panel has now issued more than 30 subpoenas, including to White House Chief of Staff Mark Meadows, longtime ally Steve Bannon and others who were close to the former President.

The House later voted to hold Bannon in contempt after he said he would not comply, and the Justice Department is still deciding whether to prosecute the case. Meadows and others have “engaged” with the committee, according to lawmakers, but may still be held in contempt if they do not fully comply.

The panel has already interviewed more than 150 witnesses.

The 10 former officials who were subpoenaed Tuesday either could not be reached or did not immediately respond to requests for comment.

The panel said Tuesday that it had issued subpoenas for Miller and McEnany, who the committee said was present at times with Trump as he watched the insurrection and spoke at a rally that morning.

The panel is also demanding documents and testimony from Keith Kellogg, former Vice President Mike Pence’s national security adviser. Other former Trump White House aides subpoenaed Tuesday include personal assistant Nicholas Luna, who the panel said may have witnessed a phone call from Trump to Pence pressuring him not to certify Biden’s win; special assistant Molly Michael, who the committee said sent information about election fraud to “various individuals at the direction of President Trump”; deputy assistant Ben Williamson, a senior adviser to Meadows; deputy chief of staff Christopher Liddell, who was in the White House on Jan. 6 and considered resigning, according to reports; and personnel director John McEntee and special assistant Cassidy Hutchinson, who the committee said were also in the White House that day and at the rally.