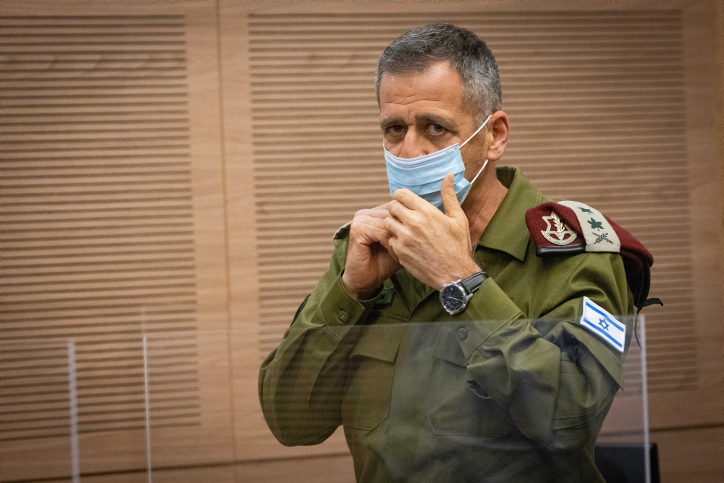 Top Israeli defense officials say the country is preparing for the possibility of an armed conflict with regional arch-rival Iran and its proxies.

IDF chief of staff Lt. Gen. Aviv Kochavi said Tuesday that the Israeli military was “speeding up the operational plans and readiness for dealing with Iran and the nuclear military threat.”

Israel considers Iran an existential threat, and has warned that it would act with military force if needed to prevent Iran from developing nuclear weapons. Last month Foreign Minister Yair Lapid said that “if a terror regime is going to acquire a nuclear weapon, we must act.”

Iran insists its nuclear program is for peaceful purposes only. Tehran is set to renew nuclear talks with world powers this month, after the 2015 accord to curb its nuclear program collapsed following the U.S.’s withdrawal from the agreement in 2018.

Addressing lawmakers at a meeting of the Knesset’s Foreign Affairs and Defense committee, Kochavi said the military “continued to act against our enemies in covert operations and missions around the Middle East” during the past year.

His remarks came following a string of reported Israeli airstrikes in Syria. Israel has staged hundreds of strikes on Iran-linked military targets in neighboring Syria in the past decade, but rarely acknowledges its operations. It has said that Iran’s presence near its northern frontier is a red line, and that it targets arms shipments bound for Iranian-backed Lebanese militant group Hezbollah and Iran-linked facilities in Syria.

Speaking during a visit to a defense industry factory in the northern city of Shlomi, near the Lebanese border, Defense Minister Benny Gantz said that Israel was “working all the time to prevent war — carrying out operations, conveying messages, preventing [a military] build-up.”

In the event of war, he said, “we will be prepared to execute operations that haven’t been seen in the past, with means that weren’t in our hands in the past, that will harm the heart of terror and its abilities.”