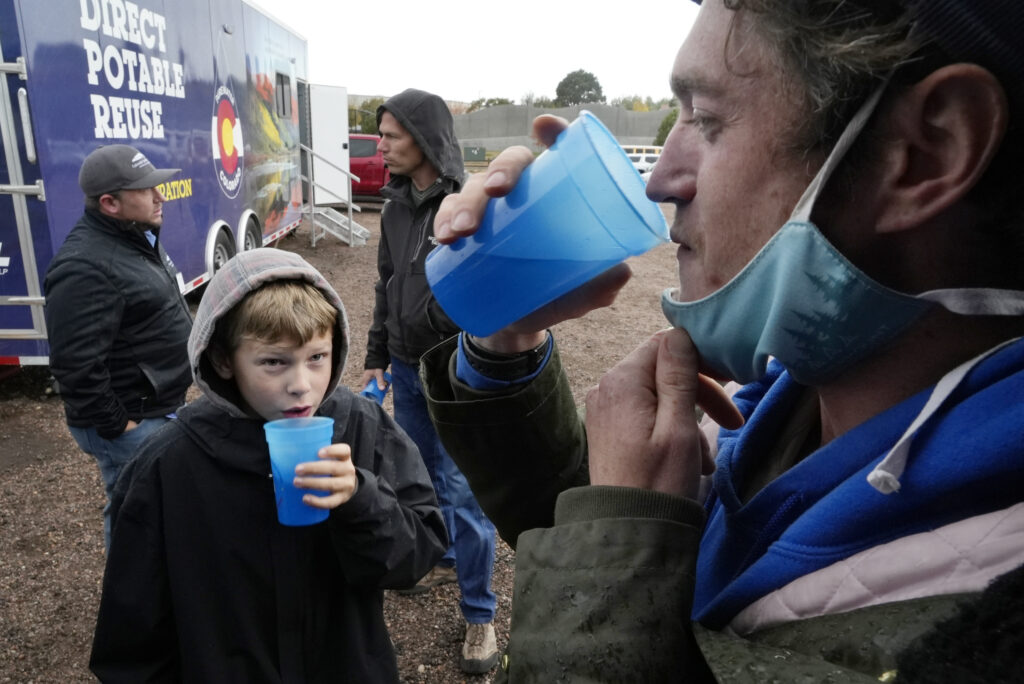 Around the U.S., cities are increasingly warming to an idea that once induced gags: Sterilize wastewater from toilets, sinks and factories, and eventually pipe it back into homes and businesses as tap water.

In the Los Angeles area, plans to recycle wastewater for drinking are moving along with little fanfare just two decades after similar efforts in the city sparked such a backlash they had to be abandoned. The practice, which must meet federal drinking water standards, has been adopted in several places around the country, including nearby Orange County.

Officials emphasize the project uses technology that’s been used safely elsewhere, including in Israel and Singapore.

“We’ve had a sea change in terms of public attitudes toward wastewater recycling,” said David Nahai, the former general manager of the Los Angeles Department of Water and Power.

The shifting attitudes around a concept once dismissively dubbed “toilet to tap” come as dry regions scramble for ways to increase water supplies as their populations boom and climate change intensifies droughts. Other strategies gaining traction include collecting runoff from streams and roads after storms, and stripping seawater of salt and other minerals, a process that’s still relatively rare and expensive.

In most places that do it, the sterilized water is usually mixed back into a lake, river or other natural source before being reused — a step that helps make the idea of drinking treated sewage go down easier for some.
Funding for more wastewater recycling projects is on the way. The bipartisan infrastructure bill passed by Congress has $1 billion for water reuse projects in the West, including the $3.4 billion project in Southern California.

And tucked into the federal budget reconciliation package being debated is $125 million in grants for alternative water sources nationwide that could include reuse technologies.

The Southern California project would be the nation’s largest wastewater recycling program, producing enough water to supply 500,000 homes, according to the Metropolitan Water District, which serves 19 million people in Los Angeles and surrounding counties.

In Colorado, over two dozen facilities already recycle water for non-drinking purposes, which is more affordable than cleaning it for drinking. But growing populations mean cities could need to pull additional supply from the Colorado River, which is already strained from overuse.

To warm residents to the idea, Colorado Springs Utilities is hosting a mobile exhibit that shows how wastewater recycling works. On a cold, rainy afternoon, dozens of visitors showed up to learn about the carbon-based purification process and sample the results, which several noted tasted no different than their usual supply.

The recycling process typically entails disinfecting wastewater with ozone gas or ultraviolet light to remove viruses and bacteria, then filtering it through membranes with microscopic pores to remove solids and trace contaminants.

Not all water can be recycled locally. Often, Western communities are required to send treated wastewater back to its source, so that it can eventually be used by other places that depend on that same body of water.

“You have to put the water back into the river because it’s not yours,” said Patricia Sinicropi, executive director of WateReuse.

As a result, much of the country already consumes water that’s been recycled to some degree, simply by living downstream from others. It’s why drinking water undergoes stringent sterilization even when it’s pulled from a river or lake that looks clean.

The Southern California project, which still needs to undergo environmental review and finalize its funding plan, would also lessen the region’s need to pipe in water from afar. In exchange for financing from water agencies in Nevada and Arizona, the area is ceding some of its share of the Colorado River.