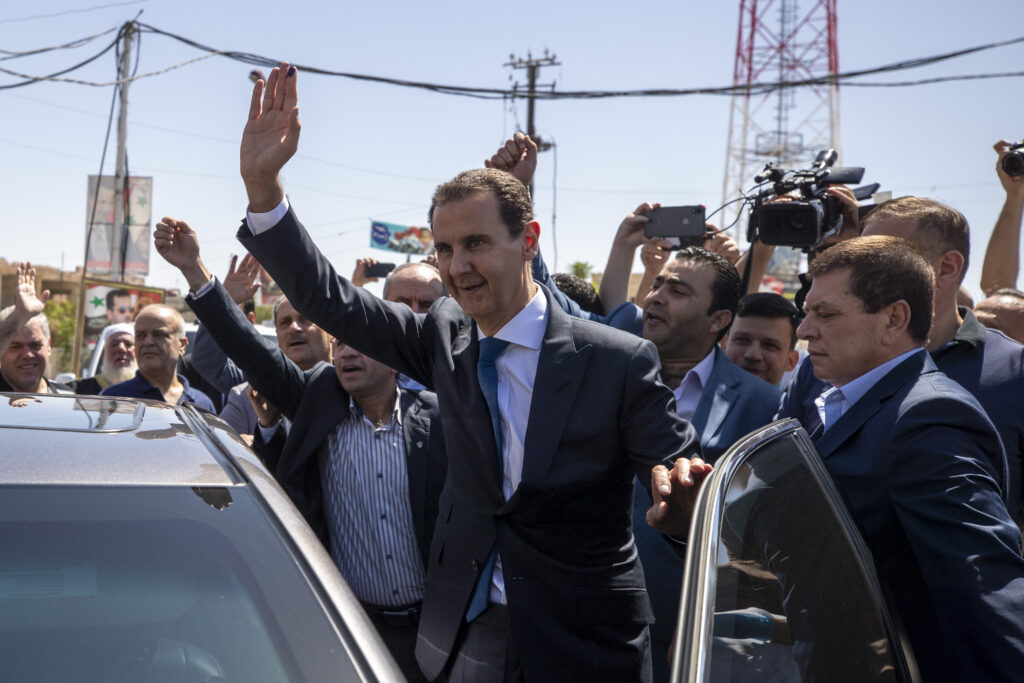 The foreign minister of the United Arab Emirates met with Syria’s once widely shunned president in Damascus on Tuesday, sending the strongest signal yet that the Arab world is willing to re-engage with strongman Bashar Assad.

Sheikh Abdullah bin Zayed Al Nahyan’s visit is the first by a UAE foreign minister since Syria’s conflict began a decade ago and comes as some Arab countries are improving relations with Syria. The UAE has been slowly mending ties with Damascus, as the tide of the war has turned in favor of Assad.

Syria has been expelled from the 22-member Arab League and boycotted by its neighbors since its civil war erupted in 2011. However, improvement of relations between Syria and oil-rich Arab countries could be a major boost for post-war reconstruction.

Syria’s conflict began in March 2011. It has killed more than 400,000 people and displaced half the country’s population. Large parts of the country are destroyed and reconstruction would cost tens of billions of dollars.

Sheikh Abdullah was heading a large delegation, according to Syrian state TV. The foreign minister was earlier in the Mediterranean island of Cyprus, where he met with top officials.

The two sides discussed ways of developing cooperation as well as investment opportunities, according to Assad’s office.

Last month, the UAE’s Crown Prince Mohammed bin Zayed received a telephone call from Assad in which they discussed strengthening relations and cooperation.

The UAE reopened its embassy in Damascus in December 2018 but relations remained cold since then.
In September, Assad called King Abdullah II of Jordan for the first time since Syria’s conflict began in March 2011. The two countries also reopened a major border crossing between them.

The UAE was a supporter of the Syrian opposition, which is now largely confined to a small corner in northwest Syria after Assad’s forces gained control of much of Syria in recent years.