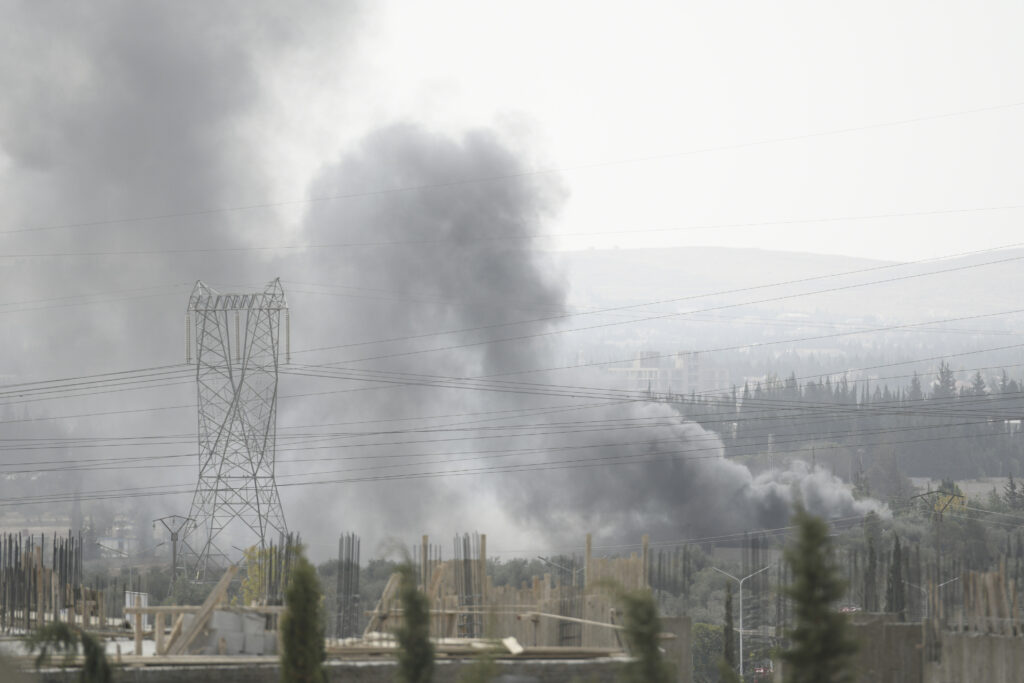 The military said Israeli warplanes fired missiles while flying over neighboring Lebanon. It added that Syrian air defenses shot down most of the Israeli missiles without elaborating.

In neighboring Lebanon, a woman was lightly wounded and several homes were damaged when parts from Syrian anti-aircraft missiles fell in the northeastern Lebanese village of Sahlat al-Maa near the Syrian border, state-run National News Agency said.

The strikes came amid an increase in reported attacks by Israel on Syria in recent weeks.

Israel has staged hundreds of strikes on Iran-linked military targets in Syria over the years but rarely acknowledges or discusses such operations.

Israel has acknowledged, however, that it is targeting bases of Iran-allied groups, such as the powerful Lebanese militant Hezbollah group.

Israel says an Iranian presence on its northern frontier is a red line, and it has repeatedly struck what it has described as Iran-linked facilities and weapons convoys destined for Lebanon’s Hezbollah terror group.