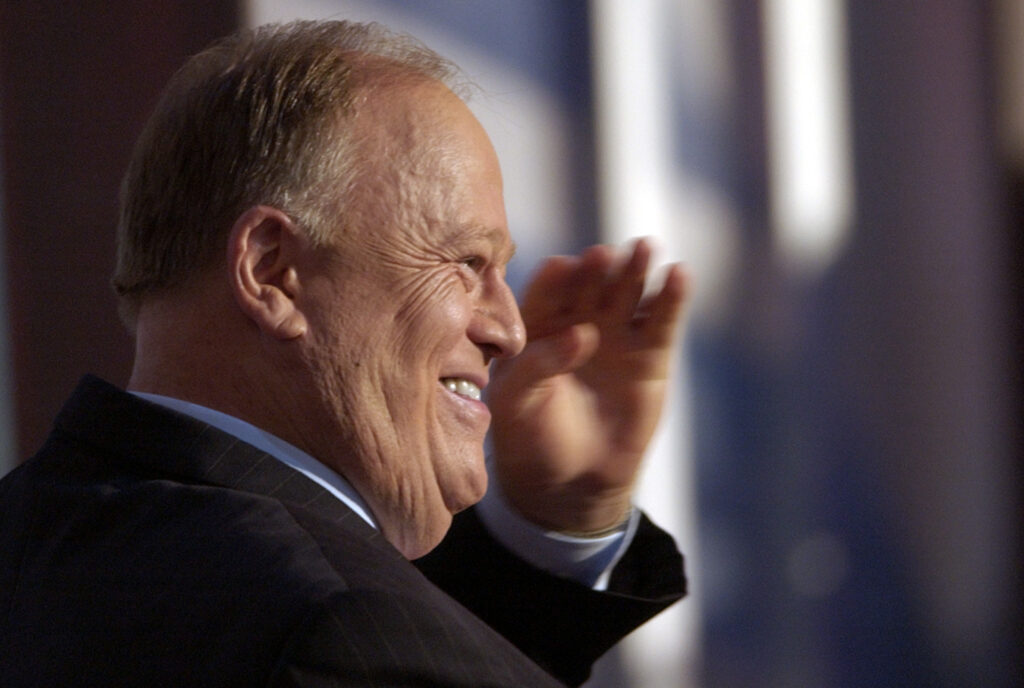 Max Cleland, who lost three limbs to a hand grenade in Vietnam and later became a groundbreaking Veterans Administration chief and U.S. senator from Georgia, died on Tuesday. He was 79.

Cleland died at his home in Atlanta from congestive heart failure, his personal assistant Linda Dean told The Associated Press.

Cleland was a U.S. Army captain in Vietnam when he lost his right arm and two legs while picking up a fallen grenade in 1968. He blamed himself for decades, until he learned that another soldier had dropped it. He also spent many months in hospitals ill-equipped to help so many wounded soldiers.

Fellow veterans cheered when President Jimmy Carter appointed Cleland to lead the Veterans Administration, a post he held from 1977 to 1981. The VA and the wider medical community recognized post-traumatic stress disorder — what had been previously been dismissed as shell-shock — as a genuine condition while Cleland was in charge, and he worked to provide veterans and their families with better care.

President Joe Biden, who served in the U.S. Senate with Cleland, saluted him Tuesday as someone with “unflinching patriotism, boundless courage, and rare character.”

“His leadership was the essential driving force behind the creation of the modern VA health system, where so many of his fellow heroes have found lifesaving support and renewed purpose of their own thanks in no small part to Max’s lasting impact,” Biden said in a statement.

A native of the Atlanta suburb of Lithonia, Cleland suffered grievous injuries on April 8, 1968, near Khe Sanh, as he reached for the grenade he thought had fallen from his belt when he jumped from a helicopter.
“When my eyes cleared I looked at my right hand. It was gone. Nothing but a splintered white bone protruded from my shredded elbow,” Cleland wrote in his 1980 memoir.

After fellow soldiers made a frantic effort to stop his bleeding and he was helicoptered back to a field hospital, Cleland wrote that he begged a doctor to save one of his legs, but there wasn’t enough left.

Before Vietnam, Cleland had been an accomplished college swimmer and basketball player, standing 6-foot-2 and beginning to develop an interest in politics. Returning home a triple-amputee, Cleland recalled being depressed and worried about his future, yet still interested in running for office.

He won a state Senate seat, becoming part of a cadre of young senators that included Barnes, the future governor. After a failed 1974 campaign for lieutenant governor and his stint heading the VA, Cleland was elected as Georgia’s Secretary of State in 1982.

Later, he was appointed by President Barack Obama to be secretary of the American Battle Monuments Commission.

Sen. Jon Ossoff, the first Democrat to hold the seat since Cleland’s defeat, called him “a hero, a patriot, a public servant, and a friend.”