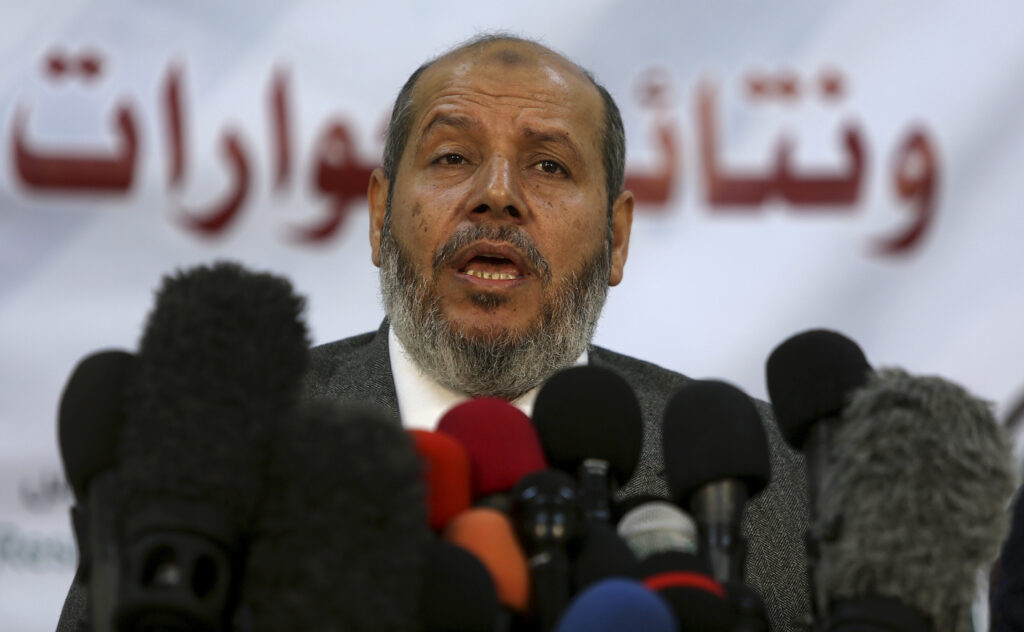 Khalil al-Hayya , deputy leader of Hamas terrorist organization, yesterday addressed the reports of a possible prisoner exchange agreement with Israel, saying that “if Israel doesn’t pay the price of the deal, its captives won’t see the light of day,” Israel Hayom reported.

His comments came in an interview on Al-Jazeera about the report Sunday that Egyptian intelligence chief Abbas Kamel was expected later this month to present Prime Minister Naftali Bennett with a proposal for an outline for a prisoner swap agreement, to which Hamas has already agreed.

The prisoners in question were terrorist mastermind Marwan Barghouti of the rival Fatah faction and Ahmad Sa’adat of the Popular Front for the Liberation of Palestine. In 2001, Sa’adat orchestrated the assassination of former minister Rehavam Ze’evi in Jerusalem. Barghouti was convicted for his role in numerous deadly attacks against Israeli civilians during the Second Intifada.

Al-Hayya claimed that any prisoner swap must also include the six Palestinian terrorists who escaped Gilboa prison in northern Israel, and were caught and put back in jail following an extensive manhunt.

The deputy Hamas leader went on to say he was proud of Iran’s support of Gaza.

“Tehran transfers ongoing aid to Hamas in any way possible,” said al-Hayya. “It helped and helps the forces and the capabilities of the resistance in Palestine.”