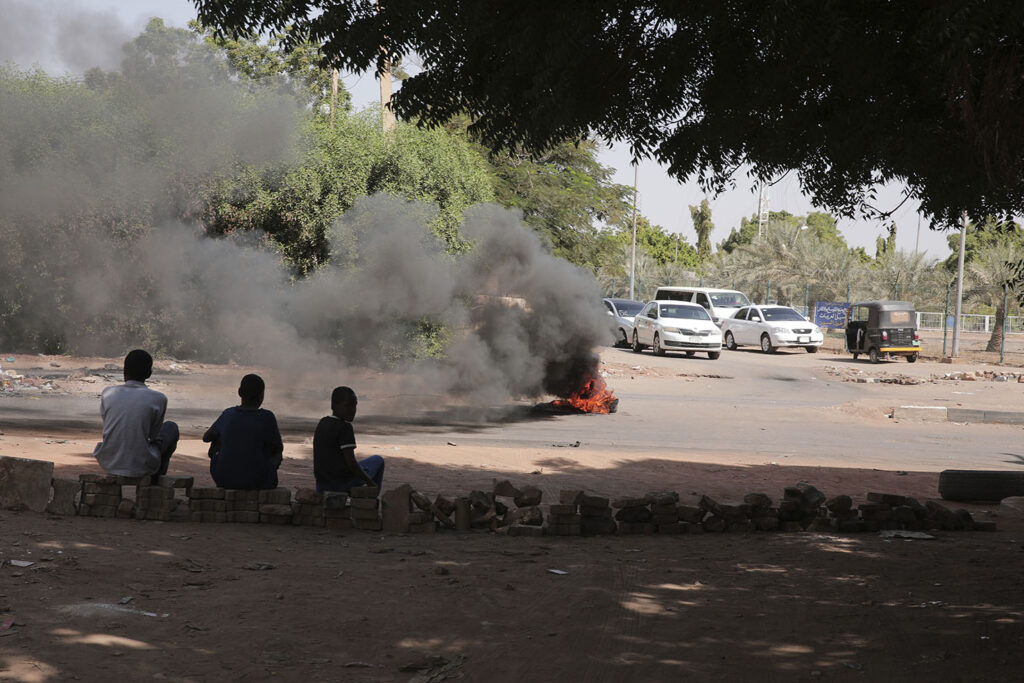 Sudan’s top general has promised that he won’t hold a government position after planned elections in 2023, two weeks after he toppled a transitional government in a widely condemned coup.

The military leader behind the takeover, Gen. Abdel-Fattah Burhan, has repeatedly promised to hand over power to an elected civilian government and said he will not be a part of it. His announcement that he will not run for office does not preclude other top generals from shedding their military titles and becoming candidates.

Late last month, the military dissolved the country’s transitional government and detained more than 100 government officials and political leaders and a large number of protesters and activists. Since then, at least 13 anti-coup protesters have been killed due to the excessive force used by the country’s security forces, according to Sudanese doctors and the U.N. On Sunday, security forces tear-gassed demonstrators and rounded up more than 100 people, mostly anti-coup teachers in Khartoum.

In comments aired Sunday by the Al-Jazeera satellite media news network, Burhan also said that security forces were not responsible for the protesters’ deaths.

Burhan has maintained the military was compelled to take over because of quarrels between political parties that he claimed could lead to civil war. But the takeover also took place weeks before he was supposed to surrender power of the country’s top governing body to a civilian.

Sudan has been in the midst of a fragile transition to democracy since a popular uprising forced the military’s removal of longtime autocrat Omar al-Bashir and his Islamist government in April 2019. For weeks before the coup, there had been mounting tensions between military and civilian leaders over the pace of the transition.

In another development, the powerful leader of Sudan’s large paramilitary group, the Rapid Support Forces, made his first public comments since the coup. Gen. Mohammed Hamdan Dagalo said in a video statement released by his office late Sunday that the generals seized power to “correct the course of the people’s revolution,” and achieve stability.

He accused a “handful” of political parties in the government of monopolizing power and neglecting the people’s interests. Dagalo, who is commonly known as Hemedti, has been seen by Burhan’s side in many of the post-coup meetings with international diplomats. He wields extensive influence in the country after leading brutal campaigns against the insurgency in the restive Darfur province under al-Bashir. His forces have also been accused of violently dispersing a sit-in during the 2019 uprising that led to protester deaths.

Since the coup, large-scale demonstrations have taken place around the country, demanding the return of a civilian government.

Burhan also said in the interview with Al-Jazeera that the military will not stop “any political activity as long as it is peaceful” and within the boundaries of the 2019 constitutional declaration.

The document was approved in August 2019 after months of drawn-out negotiations between the military and the protest movement that led to the uprising against al-Bashir. It established the now-deposed transitional government that includes a civilian-military Sovereign Council and a Cabinet, led by former U.N. economist Abdalla Hamdok, to run day-to-day affairs.