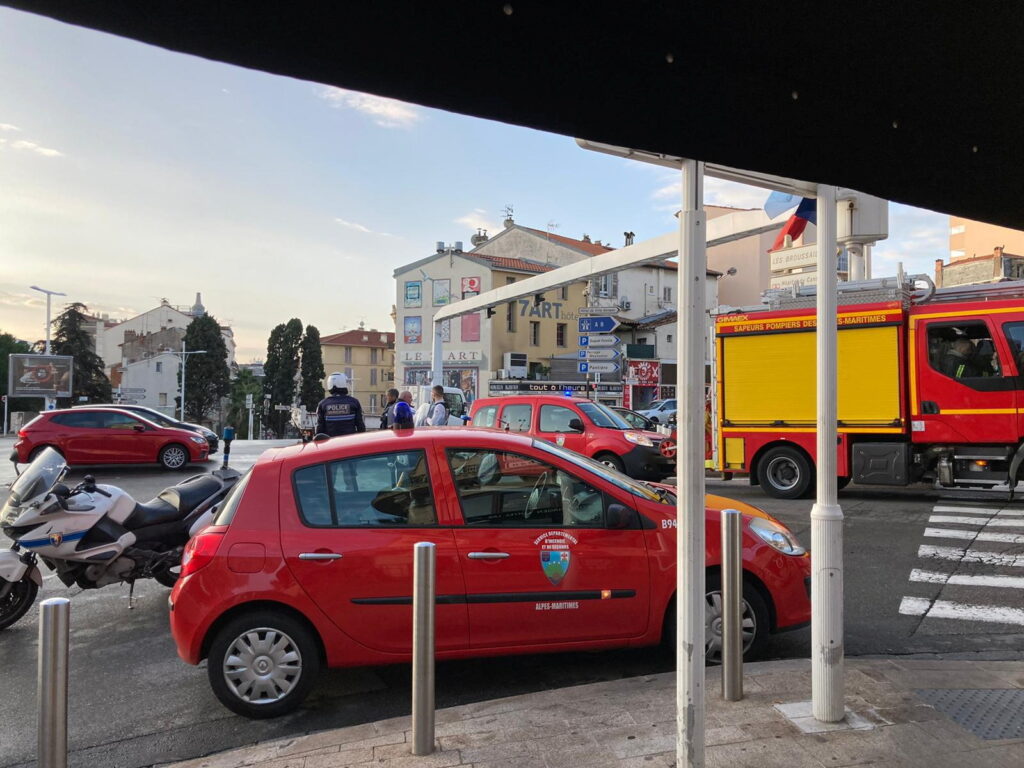 A policeman survived a knife attack in the French Riviera city of Cannes on Monday, with media quoting a police source as saying the assailant had said he was acting “in the name of Mohammad.”

The policeman emerged from the attack unscathed, saved from serious injury or worse by his bulletproof vest, Interior Minister Gerald Darmanin said.

The assailant suffered life-threatening injuries after he was shot by other officers.

The Algerian national held an Italian residency permit, was in France legally and was not on a French watchlist of individuals thought to have Islamist sympathies, the minister said.

“I think that we can today sigh with relief that, although they have been hit hard psychologically, no police officer has been injured,” Darmanin told reporters in Cannes.

The attack comes as President Emmanuel Macron tries to persuade voters that his government is in control of security and violent crime, six months before elections in which the far-right and conservatives pose the biggest threat to his re-election hopes.

Eric Ciotti, a conservative lawmaker from southeastern France who is challenging for the mainstream center-right presidential ticket, called the incident a terrorist attack though he did not offer any evidence for that.

The investigation is in the hands of the local prosecutor for now and not the national anti-terrorism prosecutor.

Darmanin said it was too early to know the suspect’s motive. Cannes Mayor David Lisnard said the incident was “sickening.”

The attacker opened the door of a police car parked in front of a police station and stabbed the officer at the wheel. He then tried to attack a second policeman in the vehicle but a third opened fire, seriously wounding the assailant.

BFM channel and Nice Matin newspaper cited a police source as saying the suspect said he had carried out the attack “in the name of Mohammad,” hinting at possible Islamist terror links.

The attack coincides with the trial of Salah Abdeslam, the only surviving member of an Islamic State cell that carried out gun-and-bomb attacks on entertainment venues in Paris in November 2015, killing 130 people.