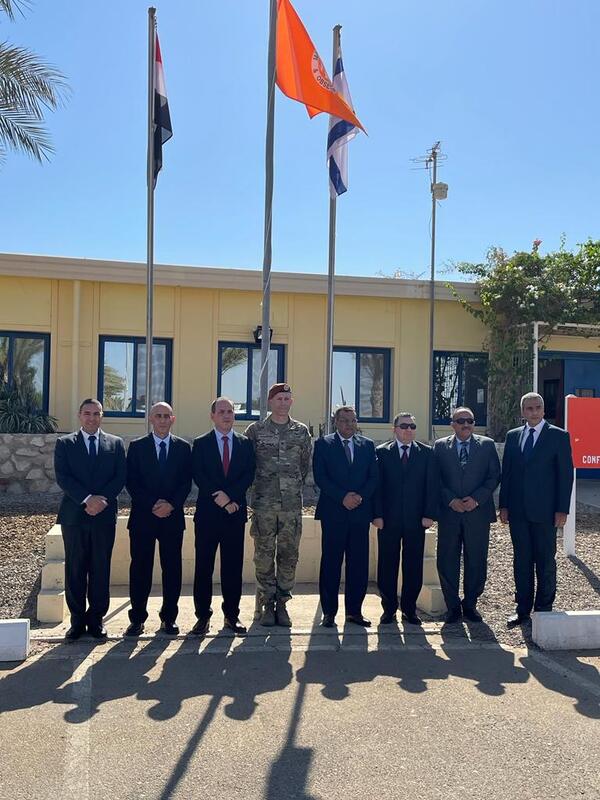 Officials with the Joint Military Committee between the IDF and the Egyptian Armed Forces met on Sunday to discuss various security issues the two armies face.

During the meeting, the delegates signed an amendment to the security agreement between the longtime allies regulating the presence of security forces in the Rafah area. As part of the amendment, the Israeli government agreed to allow Egypt to increase the presence of its armed forces in that area.

As part of its efforts to curtail the Islamic State’s presence in Sinai, Egypt sought to increase its military presence in the peninsula.

A source privy to the meeting between Bennett and Sissi said the leaders also discussed the efforts to prevent Hamas, the terrorist group that controls the Gaza Strip, from growing militarily stronger, including ensuring Egypt has a stronger hold on the Rafah crossing.

The two also discussed the efforts to broker a prisoner exchange deal with Hamas, the Iranian threat, Turkey’s regional belligerence, and the Egypt-Ethiopia crisis.

It was further decided to expand Israel and Egypt’s trade and tourism ties.