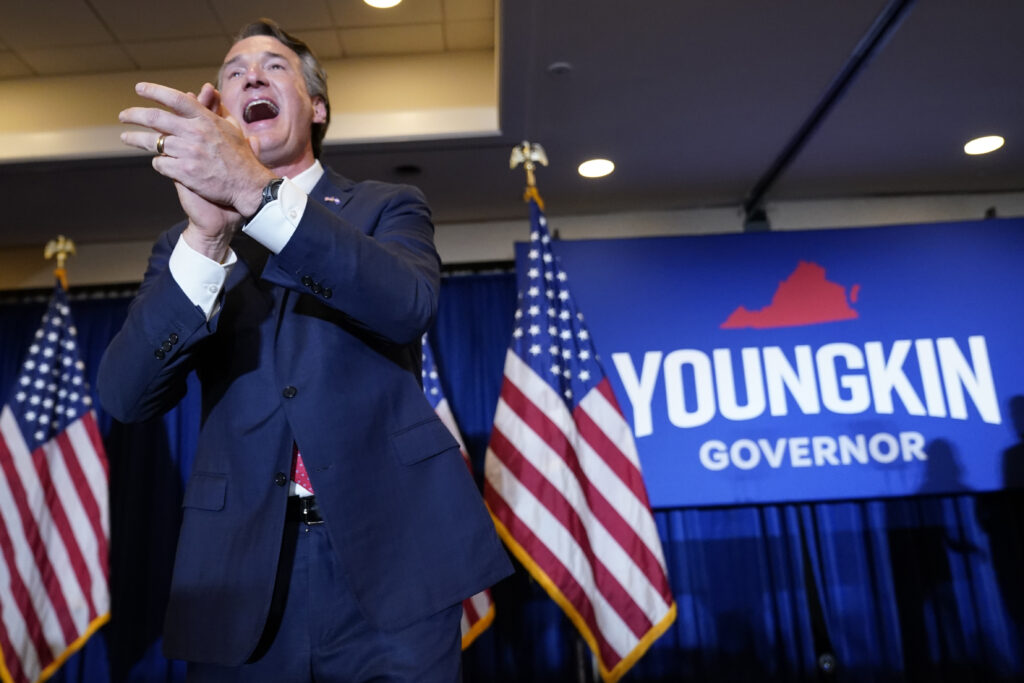 Democratic leaders in Virginia conceded Friday that Republicans have won control of the House of Delegates.

The Associated Press has not called all of Virginia’s House races yet. But the concession means Republicans would complete an elections sweep in which they also reclaimed the offices of governor, lieutenant governor and attorney general.

“While the results of the election were not in our favor, our work for the people of Virginia goes on,” said Filler-Corn.

The GOP victories are being seen as a backlash against a Democratic majority that has pushed through a series of progressive reforms over the past two years, including the repeal of the death penalty, a loosening of abortion restrictions and the legalization of marijuana.

Democrats hold a slim 21-19 majority in the Senate. Senators are not up for reelection until 2023.

Youngkin’s victory and the near-defeat of New Jersey’s Democratic governor have sparked fears that Democrats are on course to lose control of Congress in next year’s midterm elections.

Democrats held a 55-45 majority heading into the election Tuesday.

Republicans had controlled the House since 2000, but Democrats won back 15 GOP-held seats in 2017, helped by voter hostility toward then-President Donald Trump. In 2019, Democrats took full control of the legislature by wiping out slim Republican majorities in the House and Senate.

Among the surprise wins this year was that by Republican Kim Taylor over three-term incumbent Democratic Del. Lashrecse Aird in the 63rd District, which gave Republicans their 50th seat on Wednesday.

Aird claimed victory late Tuesday, but a late surge by Taylor gave her a 741-vote win.