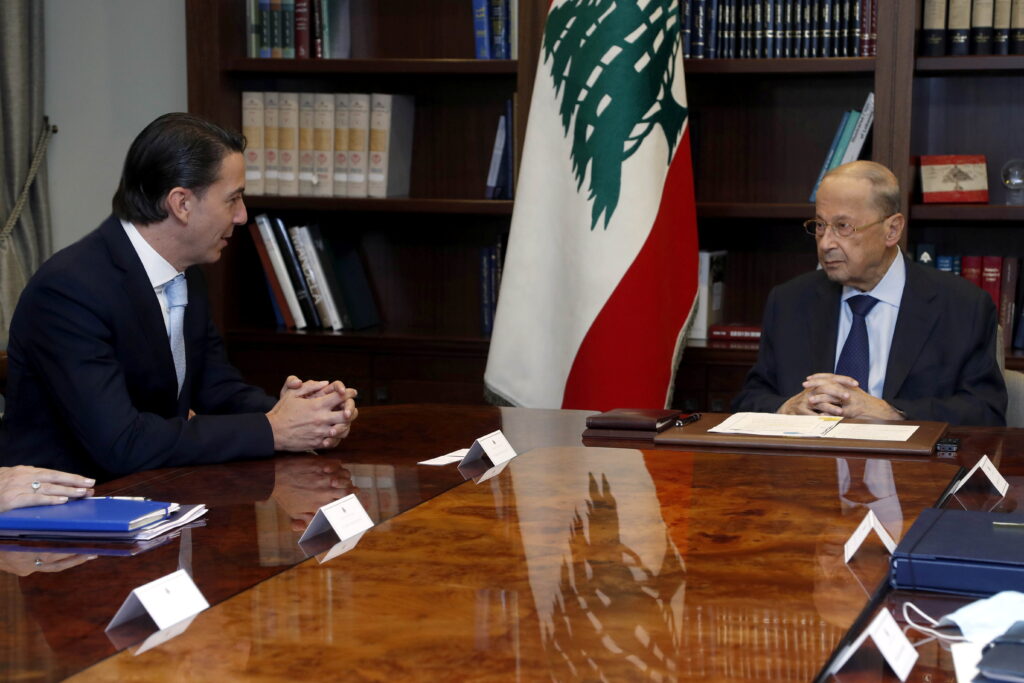 The U.S. mediator in the Israel-Lebanon maritime talks has warned that unless an agreement is reached in the near term, he will withdraw from the process, according to Walla news on Sunday night.

Amos Hochstein, the American go-between, said a deal for demarcation of the maritime border had to be reached before the Lebanese elections scheduled for March 2022, senior Israeli sources reported.

“[Hochstein] said he doesn’t intend to propose an offer that both sides will be happy with — it will be more of an offer both sides won’t be happy with,” the official is quoted as saying. “If, within a few months, he sees the sides aren’t closing in on a deal, he will leave the issue.”

Hochstein was in Yerushalayim on Sunday after being in Lebanon 10 days ago. He met Energy Minister Karine Elharrar and some other officials in the energy, foreign affairs, and defense ministries.

The maritime border dispute has held up exploration in the potentially gas-rich area.

The last round of talks between Israel and Lebanon on the matter were held in May, and this is not the first time that Hochstein has prodded the two countries to make progress.

In an interview with Reuters in late October, Hochstein said he hoped the negotiation would not take too much time.

“I think that in these kinds of efforts what we’ve learned is that if you take a lot of time, it doesn’t happen,” he said.