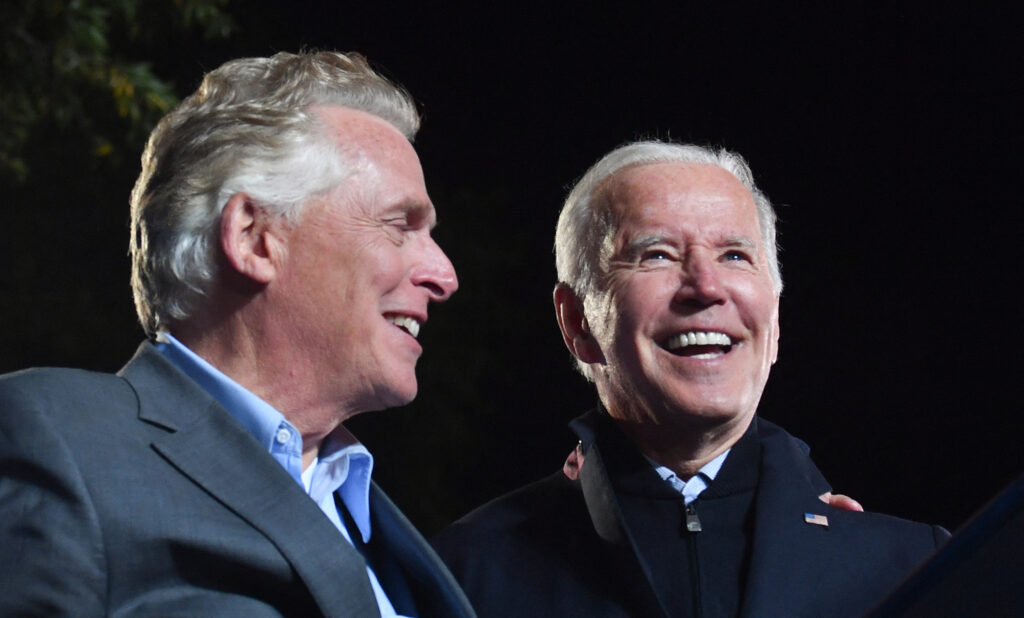 Democrats spent the weekend licking their wounds after losing a swath of important elections around the country.

With key losses in Virginia and New Jersey, many Democrats tied the defeats — on the biggest day of voting between President Joe Biden’s inauguration and next year’s congressional midterms — to the climate in Washington and nationwide.

“It’s quite clear there’s a lot of hurt out there,” said New Jersey Gov. Phil Murphy, a Democrat, who narrowly won reelection on Tuesday.

“There are a lot of kitchen tables that we need to connect more deeply with and help folks get through this period,” he told NBC on Sunday. “Whether they lost a loved one, a job, a small business — they’re frustrated by the ongoing pandemic or economic recovery, whatever it may be.”

Although Democrats control the White House and the House of Representatives and hold a razor-thin majority in the Senate by virtue of Vice President Kamala Harris’ vote, they’ve struggled for months to pass the president’s economic agenda.

“I think if we could have been talking about that win and showing the kind of job creation that actually has been taking place, things might have been different,” he told CNN.

McAuliffe spent much of his time on the campaign trail trying to tie his Republican opponent, Glenn Youngkin, to former President Donald Trump. Meanwhile, Youngkin sought to distance himself from Trump, who endorsed him, without alienating the ex-president or his fervent supporters.

“I think what we have to do is we have to say, we would love Donald Trump’s endorsement. If you’re a Republican, you want his endorsement,” he said. “But you’re going to win on the issues.”

“I understand that voters are tired, Americans are tired of how long it’s taken to get the economy moving, to get COVID under control,” he said.

The votes came amid a sharp decline in Biden’s approval ratings.

“People want us to get things done,” the president said last week. “I think we have to just produce results to change their standard of living and give them a little bit more breathing room.”