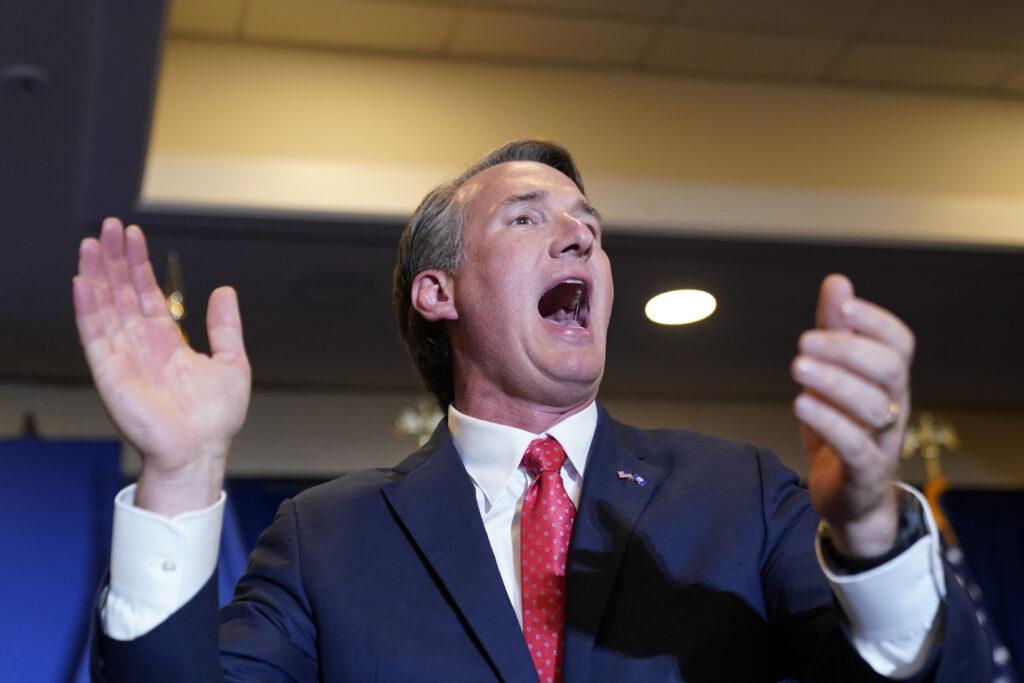 Democrats were already steeled for tough races, but the upset loss in Virginia’s governor’s race and a close win in deeply blue New Jersey’s confirmed the difficult conditions ahead. In both places, the party was largely caught off guard by the potency of culture-war debates over schools and struggled to stop voters once turned off by former President Donald Trump from migrating back to Republicans.

Democratic incumbents will be playing defense in much-watched Michigan and Wisconsin, and trying to hold an open seat in Pennsylvania. The three governorships are seen as Democrats’ best chance to slow the GOP’s ascendancy in the Rust Belt. The GOP currently holds the governor’s office in 27 states, compared with Democrats’ 23. Thirty-six are up next year nationwide.

Those races are poised to become expensive and intense contests, as voters and political parties have increasingly relied on state leaders to advance — or block — consequential policy. Evers and Democratic Govs. Gretchen Whitmer of Michigan and Tom Wolf of Pennsylvania have emerged as major national figures, credited with stymieing Republican-controlled legislatures’ efforts to add restrictions on voting and to curb precautions during the coronavirus pandemic.

Republican strategists say Wisconsin and Michigan are among their best pickup chances next year, along with Kansas — a normally deep-red state where Democratic Gov. Laura Kelly narrowly won a three-way 2018 race. Nevada, Maine and perhaps New Mexico could be within reach, they say.

Both parties, meanwhile, are also focused on Georgia, which narrowly went for Biden in 2020 and elected two Democratic senators in January. Incumbent GOP Gov. Brian Kemp faces the potential of a primary challenge from a Trump-backed Republican.

“No one knows what the environment’s going to be like in the fall of 2022,” Cohen said. “These races are not being held tomorrow.”

For now, though, Biden’s approval rating has slumped since the early months of his presidency, falling to 48% in an October AP-NORC poll from 59% in July.

That, plus the party being slow to pass its domestic agenda, may be a drag on governors’ in-state accomplishments. Congress approved a White House-backed $1 trillion infrastructure package late Friday, but it came too late to help the party during elections in Virginia and New Jersey.

Biden’s trouble, meanwhile, could increase pressure on Democratic governors facing tough reelection fights to distance themselves from the White House in coming months. That’s mostly not happened, though reactions to Biden’s vaccine mandate for all Americans who work at companies of more than 100 employees could offer some hints that schisms are possible.

Polls show that such requirements are popular among Democrats and unpopular among staunch Republicans — but governor’s races are likely to be decided by independent and swing voters.