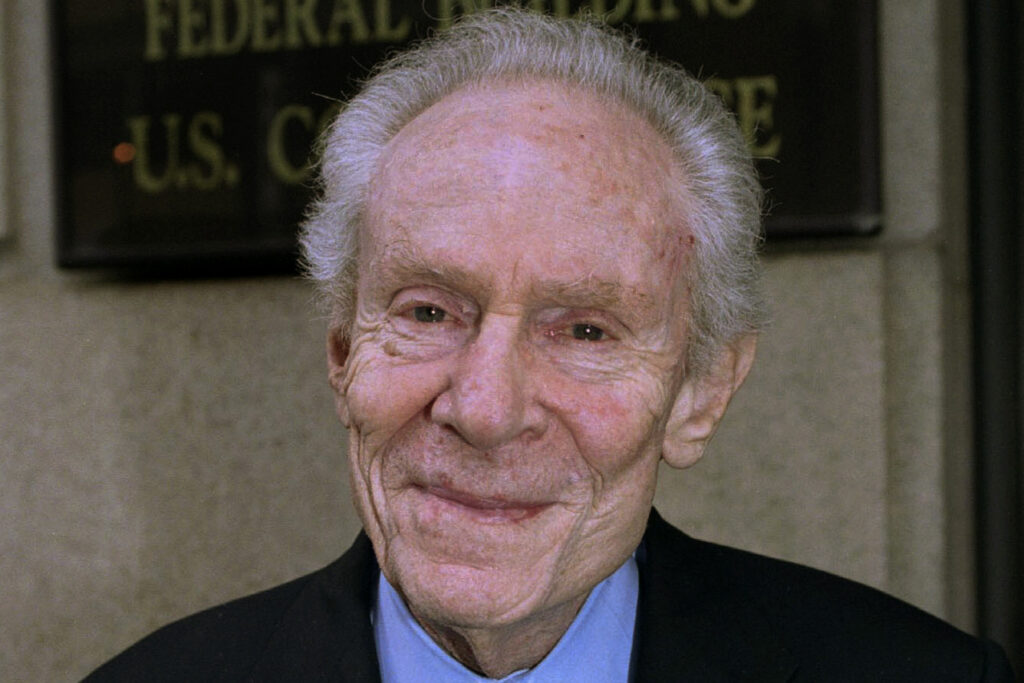 Aaron Feuerstein, z”l, a frum mill owner in Massachusetts who gained national acclaim for paying 1,400 workers after a fire devastated his factory, passed away at the age of 95.

“My father lived a full life,” his son Daniel Feuerstein told the Boston Globe. “I have been overwhelmed by the outpouring of condolences from the entire Malden Mills community. The love went both ways.”

Feuerstien was the third-generation owner of Malden Mills, a textile factory that made synthetic fleece. Founded in 1906, it was one of the only mills that remained in Massachusetts after dozens of other factories left for states that paid lower wages and slashed costs. The Malden Mills remained and prospered, with $400 million in sales in 1995, according to the New York Times.

In December 1995, an accidental boiler fire devastated the mill, burning for 16 hours and injuring 30 workers until there was nearly nothing left.  Three days later, the workers lined up for what they assumed was one last paycheck. But Feuerstein personally arrived and told his employees that he would continue to provide paychecks and all benefits for all of them as they waited for the plant to be rebuilt, no matter how long it took.

“I’m not throwing 3,000 people out of work,” Feuerstein told the Boston Globe at the time, saying that it would be crushing to his employees, many of whom were immigrants, to go home to their families empty-handed. “When all is moral chaos, this is the time for you to be a mensch,” he added.

Feuerstein was widely admired as a role model for businessmen for his loyalty to his workers and the community his factory was based in during a time when many businesses were leaving  their previous locations behind to go abroad or to lower-cost states, abandoning  thousands of loyal employees for the sake of cutting costs. More than 30,000 letters came from across the country from people who admired his commitment to his employees.

In the end, he paid $25 million over three months until the employees could return to their jobs at the factory, and more than a hundred million to rebuild the plant and purchase all the necessary equipment as quickly as possible.

“He made you feel like the company had a mission, and a commitment to its employees, its products and its customers,” Former Malden Mills manager David Costello told Reuters.

His act of generosity was highlighted by then-President Bill Clinton at his 1996 State of the Union speech, where Feuerstein was the personal guest of the Clinton family.

In a similar act of charity, Feuerstein donated a million dollars to a shul in his area that was damaged in a fire in 1994.

During an interview with 60 Minutes in 2002, Feuerstein said he was guided by his faith. “You are not permitted to oppress the working man, because he’s poor and he’s needy, amongst your brethren and amongst the non-Jew in your community,” he said.

When asked what he hoped his tombstone would read, he concluded, “That I didn’t give up and I tried to do the right thing.”