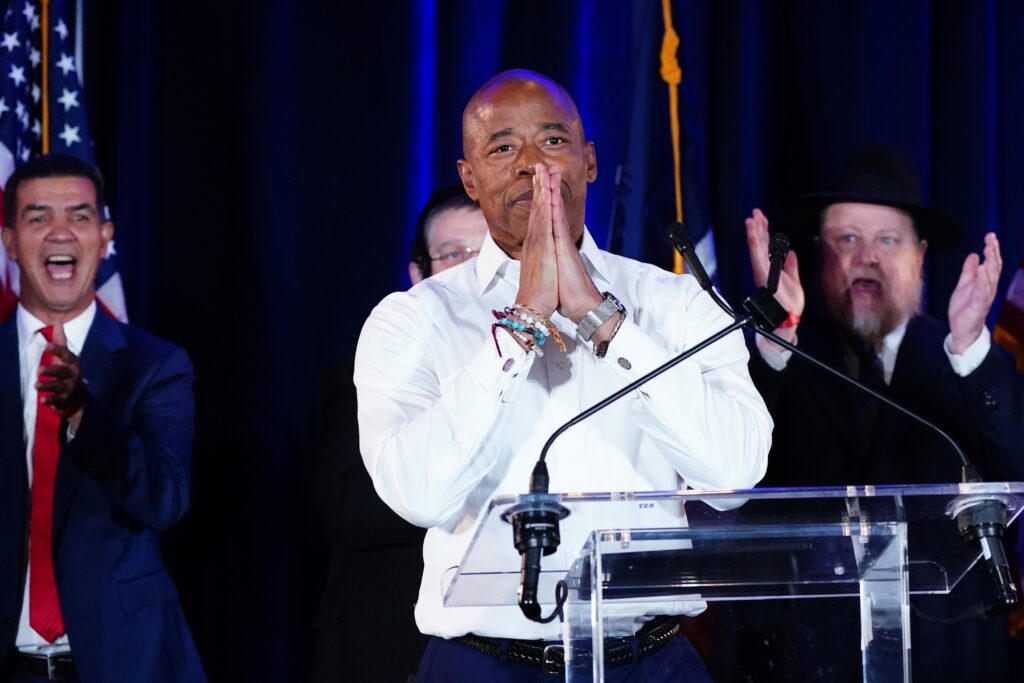 Incoming New York City mayor Eric Adams is opposed to requiring masks in schools, he revealed in an interview.

“If we can find a safe way to do it, I look forward to getting rid of the mask,” Adams told CNN. “Part of the socialization of a child is that smile…Not being able to see the smiles of our children has a major impact.”

Adams said that when he becomes mayor in January, he would undo the mandate, saying he worries children are struggling to socialize and make friends.

City health officials have not given guidelines on what might make them consider revoking the mask requirement, even though children ages 5 and above are now eligible for the vaccine, in the form of a modified Pfizer shot.

At his press conference on Thursday, Mayor Bill de Blasio said, “out of an abundance of caution, I would keep the masks in place, at least in the short term because they’ve really worked, because the kids have adapted to them well, the adults have adapted to them well… I look forward to the day when we don’t need them. We just need to make sure we’re absolutely certain that’s the right moment.”