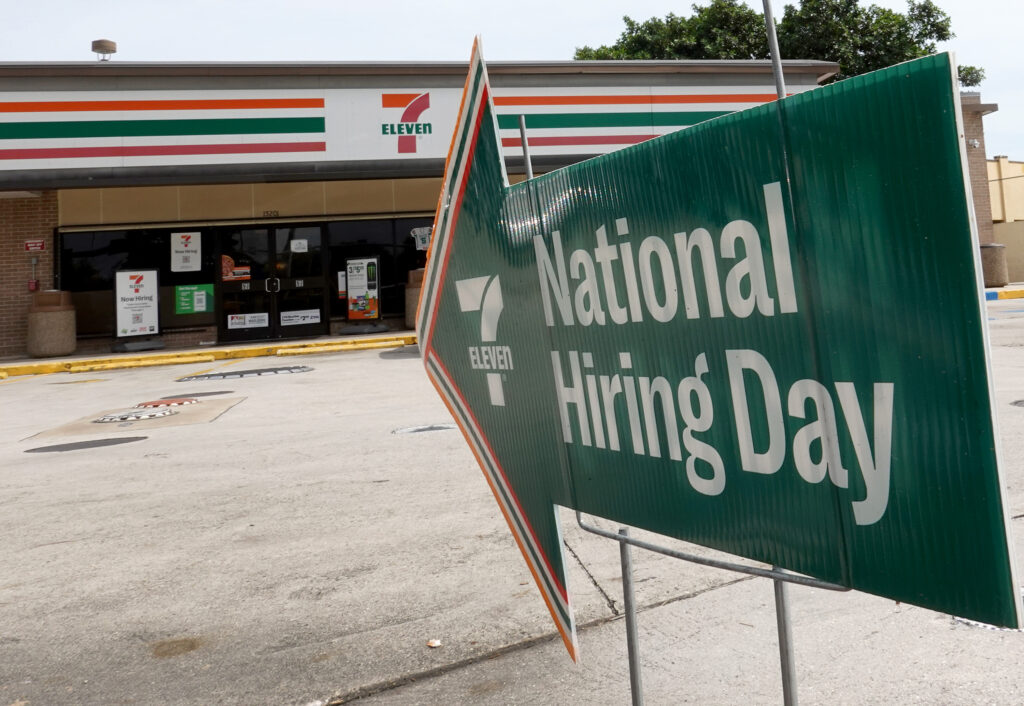 The U.S. labor market got back on track last month with a larger-than-forecast and broad-based payrolls gain, indicating greater progress filling millions of vacancies as the effects of the delta variant faded.

Nonfarm payrolls increased 531,000 last month after large upward revisions to the prior two months, a Labor Department report showed Friday. The unemployment rate fell to 4.6% while the labor force participation rate was unchanged.

The median estimate in a Bloomberg survey of economists called for a 450,000 payrolls gain and for the jobless rate to fall to 4.7%. The dollar held onto gains after the data, while the yield on the 10-year Treasury note fluctuated. U.S. stock-index futures rose.

The data paint a sunnier picture of the job market than previously thought, with easing COVID-19 cases and higher wages helping employers fill near-record openings. At the same time, the labor-force participation rate has barely budged in recent months as millions of Americans remain on the sidelines, and the loss of federal expanded unemployment benefits for 7.5 million people may have helped boost payrolls.

The figures help validate the Federal Reserve’s decision this week to begin scaling back its pandemic-era pace of bond-buying aimed at keeping borrowing costs ultra-low. They may also give a boost to President Joe Biden as his approval ratings sag and he struggles to get trillions in tax and spending proposals through Congress.

Payroll gains last month were led by a 164,000 increase in leisure and hospitality. Professional and business services, transportation and warehousing, and manufacturing also posted significant increases.

Factory employment jumped by 60,000 in October, the most since June of last year and largely reflecting a surge in automakers’ payrolls. Government employment fell.

Average hourly earnings rose 4.9% in October from a year ago, the most since February, though inflation is taking a bigger bite out of workers’ paychecks. The increase underscores workers’ ability to demand higher pay amid an ongoing labor shortage.

Higher wages could mean that more businesses raise prices to protect margins as the costs of labor, materials and transportation climb. Prices have increased by the most in three decades on a year-over-year basis, driven by supply-chain bottlenecks and shortages.