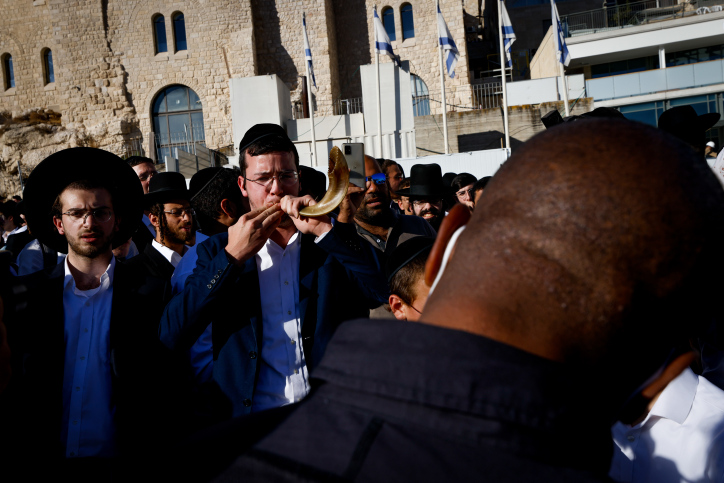 Scuffles broke out at the Kosel plaza Friday morning between mispallelim and provacuters, and were broken up by police and security guards without a major escalation.

Hundreds of mispallelim clashed with police as the Women of the Wall held their services at the Kosel, despite MKs who had planned on taking part in and protesting the event cancelling their visits after a request by President Yitzchak Herzog on Thursday night.

Despite other MKs cancelling their arrival at the Kosel, Otzma Yehudit head MK Itamar Ben-Gvir arrived at the Kosel plaza to protest against the Women of the Wall, expressing outrage that police confronted protesters who attempted to reach the women who conducted services at the site.

“Whoever behaves with the proper holiness of the Kosel, excellent, but those who come to disrupt, to whip up a fight, to cause a provocation, are something else,” said Ben-Gvir.

With the government having passed the state budget, both chareidi MKs and the Women of the Wall understand that the proposal to expand the Kosel compound in a way that creates a permanent pluralistic prayer section is back on the table.

The bill was approved in 2016, but was not finalized due to pressure from chareidi MKs.