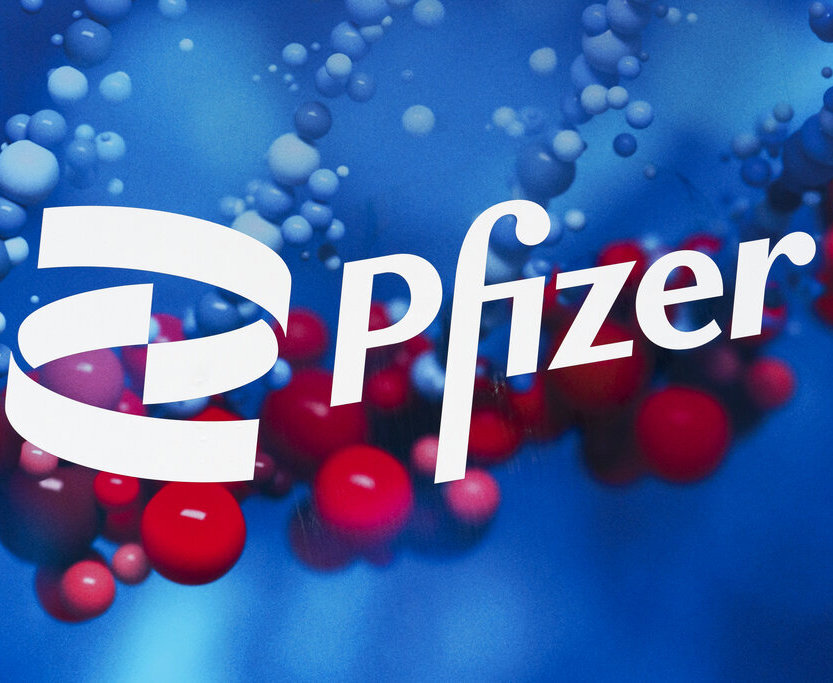 Pfizer Inc. said its COVID-19 pill reduced hospitalizations and deaths in high-risk patients by 89%, a result that has the potential to upend how the disease is treated and alter the course of the pandemic.

The drugmaker said in a statement on Friday that it was no longer taking new patients in a clinical trial of the treatment “due to the overwhelming efficacy” and planned to submit the findings to U.S. regulatory authorities for emergency authorization as soon as possible.

The results mean there are now two promising candidates for treating COVID-19 patients early in the course of the disease. Last month, Merck & Co. and partner Ridgeback Biotherapeutics LP submitted their experimental pill to regulators after a study showed it slashed the risk of getting seriously ill or dying by half in patients with mild-to-moderate COVID-19. The U.K. authorized Merck’s pill on Thursday.

A pill that could be taken at home at the first sign of symptoms is a crucial tool for taming the COVID-19 crisis globally, so long as it’s widely available. A Pfizer spokesperson said submissions to other regulatory agencies will occur shortly after the U.S. filing.

In Pfizer’s trial of 1,219 unvaccinated adults, five days of treatment with its drug dramatically reduced the rate of hospitalization when it was started within either three days or five days of symptom onset, the company said. The drug, Paxlovid, binds to an enzyme called a protease to stop the virus from replicating itself.

Overall, just 0.8% of people who started treatment within three days of getting sick ended up in the hospital and no one died, while 7% of people who got a placebo in that window were later hospitalized or died. Similar results were found when the drug was started within five days of symptom onset. The result, which hasn’t been published in a medical journal, was highly statistically significant, Pfizer said.

Current treatment options for COVID aren’t ideal. Monoclonal antibodies from companies like Regeneron Pharmaceuticals Inc. and Eli Lilly & Co. reduce hospitalizations, but the infusions are hard to manufacture and must be given in a medical office, adding to the strain on health systems.

Other medications like Gilead Sciences Inc.’s remdesivir are used to treat much sicker people who are already in the hospital. Low-cost steroid dexamethasone, while very effective, is usually only given to gravely ill patients.

The need for a pill is so acute that Merck has already agreed to allow generic drugmakers to apply for licenses to make its treatment for more than 100 low- and middle-income nations, before it has even been cleared in the U.S. The U.K.’s drug regulators became the first in the world to greenlight Merck’s drug Thursday after a swift review.

Now Pfizer’s pill, which works by a different mechanism, appears to have produced even better results in high-risk patients. The trial was stopped early by independent monitors because the effect was so impressive.

“We are really over the moon that we did see such high efficacy in this study. It has tremendous implications for patients globally,” said Annaliesa Anderson, chief scientific officer for Pfizer’s hospitals business unit, which includes its antiviral work.

In addition to the current trial in high-risk patients, Pfizer is also testing the drug in standard-risk patients, a study that included some vaccinated people who had breakthrough infections.

In a third large trial, Pfizer is exploring if the drug could be used as a prophylactic medicine for people who live with someone who has come down with COVID-19, meaning a person would take the drug to avoid contracting the virus.

The pill was internally developed by Pfizer researchers in the U.S. and U.K. During the early pandemic shutdowns, the scientists agreed to come back to their labs in an urgent effort to develop anti-COVID pills, Anderson said. Company researchers “worked around the clock to design this molecule” in a highly-compressed timeframe, she said.

They dusted off an old experimental antiviral drug that Pfizer had developed after the original SARS epidemic, a coronavirus cousin to COVID-19 that killed about 800 people starting in late 2002. The old drug needed to be administered intravenously. But by July of last year, the Pfizer researchers tweaked the original molecule and came up with a new compound that turned out to be highly potent against COVID-19 and other coronaviruses in the test tube — and could be used as a pill.

The Pfizer drug works to block a crucial enzyme that the COVID-19 virus needs to replicate. It is taken twice a day for five days and used in combination with a second medicine called ritonavir that helps the Pfizer compound stay in the bloodstream longer.

Pfizer said it planned to offer the antiviral therapy through a tiered pricing approach during the pandemic. High- and upper-middle-income countries will pay more than lower income countries, it said. The drugmaker didn’t say exactly how much it would charge.

A Pfizer spokesperson said the company currently expects to produce more than 180,000 packs of the drug by the end of this year, and anticipates making at least 50 million packs by the end of 2022, with 21 million produced in the first half of the year.