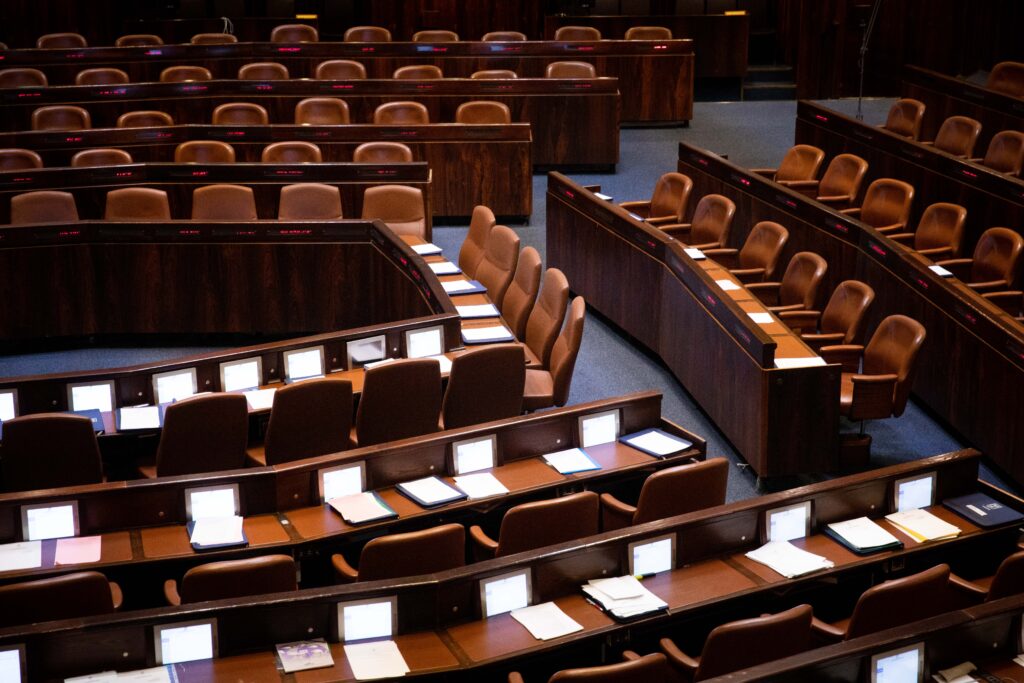 The coalition breathed a sigh of relief early Friday as the Knesset passed the national 2022 budget by a vote of 59 MKs to 56.

The marathon overnight voting on budget bills was a major hurdle for the new government headed by Prime Minister Naftali Bennett, whose fractious coalition holds a narrow majority.

Four MKs from the opposition were absent from the vote: Moshe Arbel from Shas, May Golan from the Likud, and Samy Abu Shahadeh and Ahmed Tibi from the Joint Arab List.

The NIS 432.5 billion ($133.8 billion) spending plan for 2021, which passed early Thursday, was the first budget Israel passed since 2018, shoring up the government’s stability after years of political crises that saw the Knesset fail to pass a national budget for more than three years.

The coalition gave final approval to the NIS 452.5 billion ($145.2 billion) state budget for 2022, far ahead of its March 2022 deadline, as the legislation passed its third reading shortly after 3 a.m. on Friday.

Failure to pass the budget by Nov. 14 would have brought down the government that was sworn into office in June and triggered a fifth election in barely three years, giving former Prime Minister Binyamin Netanyahu an opportunity to return to power.

The Knesset began voting on a series of budget bills, including hundreds of amendments, late on Wednesday. The assembly opened with Bennett and Netanyahu delivering speeches attacking one another.

The approval of the budget helped catalyze a 1.5% gain in the Tel Aviv 35 Index, which was also boosted by a rise in the global stock market.

Israel’s economy is recovering after one of the world’s fastest vaccine drives, with unemployment falling steadily and consumer confidence jumping over the last few months. In July, the central bank forecast growth of 5.5% this year despite a recent surge in new COVID-19 infections.

On the opposition side, the budget’s passage was denounced by United Torah Judaism MK Rabbi Uri Maklev. The chareidi MKs have said some of the tax hikes in the budget will affect their communities the most.

“This budget is the buying of power at an unparalleled cost,” Rabbi Maklev said, arguing that the budget “imposes economic cuts on the public and harms the country’s Jewish identity.”

“This government’s destiny is to collapse. It has no right to exist,” Rabbi Maklev added.