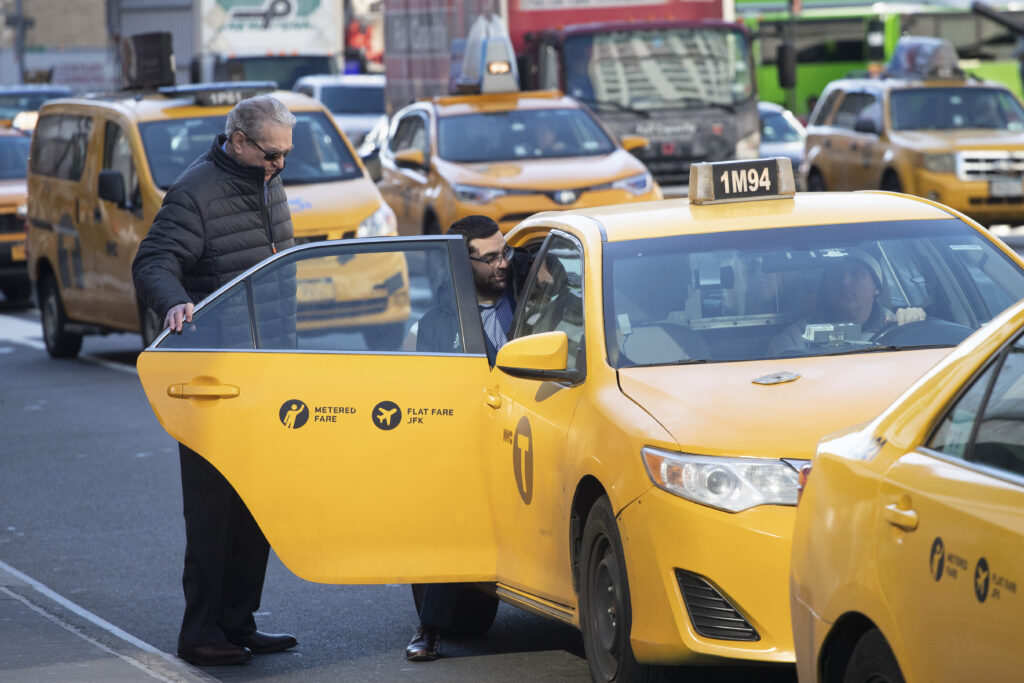 City officials and lenders have negotiated a financial deal with the city’s struggling taxi drivers that will ease them of their enormous debts, 15 days after a group of cabbies began a public hunger strike to draw attention to their financial jeopardy outside of City Hall.

In a deal brokered by Senator Chuck Schumer, the private equity firm that owns much of the loans on taxi medallions will restructure the debt, the New York Daily News reported. Debts will be capped at $200,000, and monthly payments will be limited to $1,122, down from the $3,000 many cabbies were paying under the existing debt relief program.

“My father-in-law was a cab driver, and I know how he struggled. I have automatic sympathy for cab drivers,” Schumer told the Daily News. “Cab drivers are hardworking. Many work 20 hours a day.”

The city will guarantee loans for drivers who have medallion debt up to $1 million, and provide $30,000 in relief, according to the New York Post.

Hundreds of the city’s yellow taxi drivers are plagued with debts from the medallions they spent hundreds of thousands to acquire. For decades, being a cab driver was a stable middle-class job that provided thousands of immigrants with the opportunity to settle in the United States and support their families. The medallions that gave them the exclusive right to pick up passengers were worth up to $1 million.

But in the 2010s, when apps such as Uber and Lyft began to flood the streets with easy and available rides, the prices of medallions plummeted to roughly $100,000 and many drivers were facing enormous debt as competition soared. Their situation grew even more precarious over the pandemic, when virtually all their customers vanished for months.

A 2020 City Council report found that the Taxi and Limousine Commission and predatory lenders had exploited taxi drivers by artificially inflating the price of medallions. Many cabbies have debts of half a million dollars and risk losing their homes, and some had to go on food stamps and tell their children they couldn’t afford to send them to college.

In an attempt to receive a guarantee from the city for debt assistance, cab drivers and activists protested outside City Hall for 46 days, sleeping in their cabs overnight. They escalated their rhetoric in the past two weeks, when several of them began a hunger strike. According to The City, they only drank water and energy drinks, and some were too weak to stand after 15 days.

Augustine Tang, a cab driver from Brooklyn, was one of them. He inherited his father’s taxi medallion and $530,000 in debt when his father, an immigrant from Hong Kong, passed away in 2105.

“I couldn’t be happier right now,” Tang told The City. “We didn’t ever think it would get to this point. What people don’t really see is that we have been here for years. We’ve been protesting for so many years…I hope [my father is] proud.”

The money will come from city’s federally funded $65 million Medallion Relief Program, which has provided $21.4 million in debt relief for 173 medallion owners as of Oct. 30.

The cab drivers union behind the hunger strike praised the deal as a victory for its members.

“Owner-drivers have won real debt relief and can begin to get their lives back. Drivers will no longer be at risk of losing their homes, and no longer be held captive to a debt beyond their lifetime,” the New York Taxi Workers Alliance Executive Director Bhairavi Desai said in a statement.