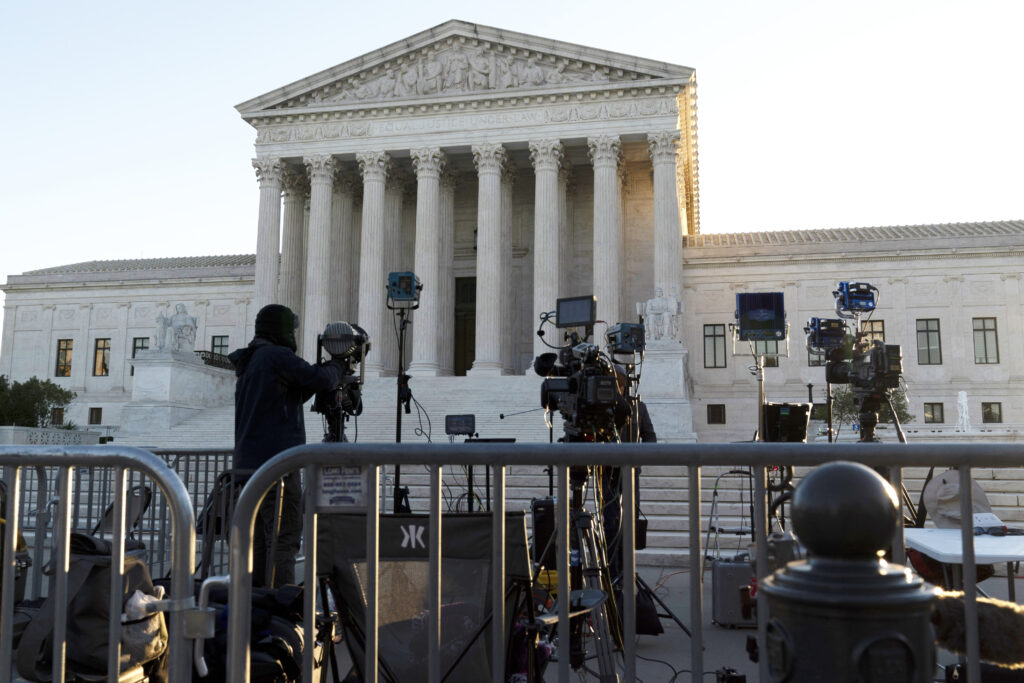 The Supreme Court on Wednesday seemed ready to strike down a restrictive New York gun permitting law, but the justices also seemed worried that a broad ruling could threaten gun restrictions on subways, bars, and other gathering places.

The court was hearing arguments in its biggest guns case in more than a decade, a dispute over whether New York’s law violates the Second Amendment right to “keep and bear arms.”

Chief Justice John Roberts and other conservative members of the court, which has a 6-3 conservative majority, suggested New York’s law goes too far. Why, Roberts asked, does a person seeking a license to carry a gun in public for self defense have to show a special need to do so. “The idea that you would need a license to exercise a right is unusual with regard to the Bill of Rights,” he said.

But Roberts was also among the justices who pressed a lawyer for the law’s challengers on where guns might be prohibited.

“What sort of place do you think they could be excluded from? Any place where alcohol is served?” Roberts asked.

Paul Clement, arguing on behalf of New York residents who want an unrestricted right to carry concealed weapons in public, replied that while government buildings and schools might be off limits, bars “might be a tougher case for the government.”

But answering questions from Justices Elena Kagan and Amy Coney Barrett, Clement suggested that perhaps bans on guns in the New York City subway system and Times Square on New Year’s Eve might be all right.

The court’s liberals seemed willing to allow the state law to remain in place, especially focusing on differences between rural areas and more densely populated cities and suburbs. The law’s defenders have said that striking it down will lead to more guns on the streets of cities including New York and Los Angeles.

The court last issued major gun rights decisions in 2008 and 2010. Those decisions established a nationwide right to keep a gun at home for self-defense. The question for the court now has to do with carrying a gun in public for self-defense.

In most of the country gun owners have little difficulty legally carrying their weapons when they go out.

But about half a dozen states, including populous California and several Eastern states, restrict the carrying of guns to those who can demonstrate a particular need for doing so. The justices could decide whether those laws, known as “may issue” laws, can stand.

The arguments come as gun violence has surged. Gun control groups say if a high court ruling requires states to drop restrictions, the result will be more violence. Gun rights groups, meanwhile, say the risk of a confrontation is precisely why they have a right to be armed for self-defense.

The New York law the court is reviewing has been in place since 1913 and says that to carry a concealed handgun in public for self-defense, a person applying for a license has to demonstrate “proper cause,” an actual need to carry the weapon. Applicants who get a license are either issued an unrestricted license, which gives them broad ability to carry a weapon in public, or a restricted license allowing them to carry a gun in certain circumstances. Those circumstances include for hunting or target shooting, when traveling for work or when in backcountry areas.

New York says if the Supreme Court sides with the challengers to the law it would have “devastating consequences for public safety,” invalidate longstanding laws like New York’s and jeopardize firearm restrictions that states and the federal government have in place where people gather, from airports to schools.

The Biden administration, which is urging the justices to uphold New York’s law, says California, Hawaii, Maryland, Massachusetts, New Jersey and Rhode Island all have similar laws that could be affected by a ruling from the court. Connecticut and Delaware also have “may issue” laws, though they are somewhat different.