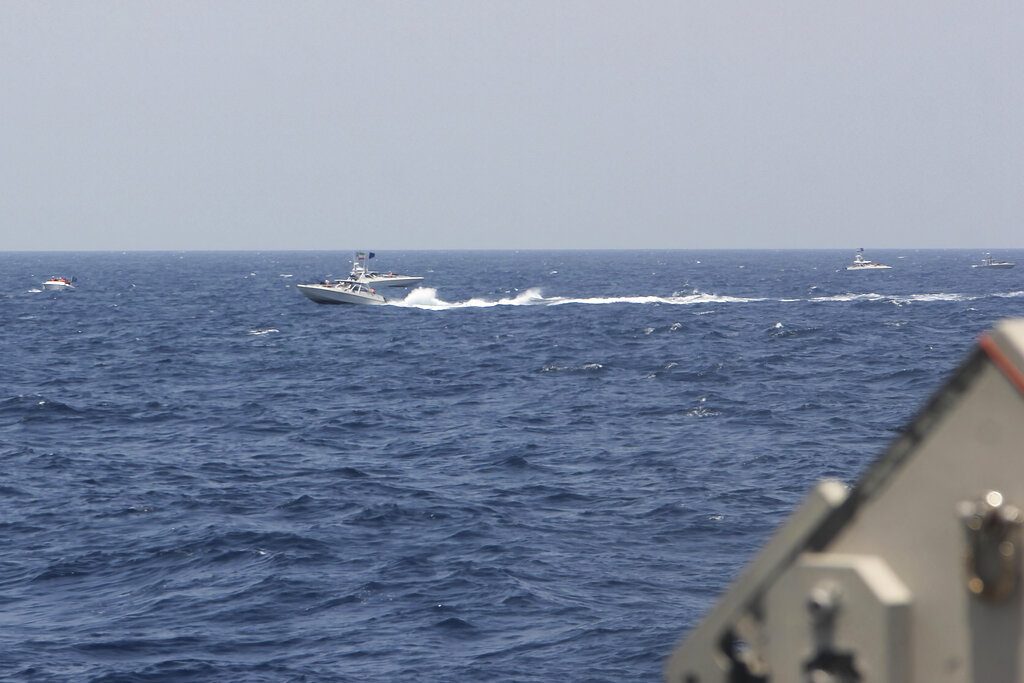 The Islamic Revolutionary Guards Corps (IRGC) announced on Wednesday that its speedboats had intercepted a U.S. military vessel in the Gulf of Oman which was attempting to confiscate Iranian oil exports, according to Iranian media.

The U.S. ship was reportedly confiscating Iranian oil from one tanker and diverting the oil to another tanker headed for an unknown destination. The IRGC claimed that it landed on the deck of the second tanker and diverted it into the territorial waters of Iran.

The U.S. forces attempted to pursue the tanker with helicopters and warships, but failed to catch it, according to the report, which claimed that the U.S. forces then tried and failed a second time to block the tanker from entering Iranian waters.

The report promised that video of the incident would be released soon.

In recent days, Iranian media reported that Iran’s Navy has reportedly thwarted an attempted “pirate attack” on an oil tanker sailing for the Gulf of Aden, south of Yemen and past the Red Sea.

Four boats, each carrying six armed pirates, were én route to hijacking the tanker, which was heading for the Bab-el Mandeb Strait, but were warded off by an Iranian Navy squad aboard the vessel, according to Iran’s semi-official Tasnim News Agency.

The report claimed the pirates tried to hijack the vessel but were scared off by the warning shots, which is in line with many attempted pirate attacks.