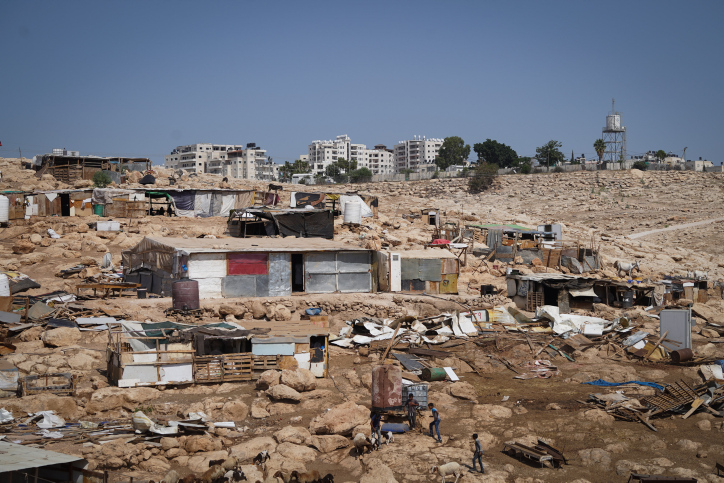 The government convened on Wednesday and approved a demand by the Ra’am party to establish new settlements for the Bedouin population in the Negev.

The decision includes plans for a new Bedouin city and three rural Bedouin communities, intended for the resettlement of residents of illegal squatters’ camps who would be brought into legal, permanent communities.

The government’s decision is the outcome of demands made by Ra’am during the negotiations to join the coalition.

Despite heavy pressure by the Ra’am party to make substantive changes in the wording of the government’s decision, cooperation between Regavim and the staff of Interior Minister Ayelet Shaked’s office resulted in wording virtually identical to the proposal tabled by the Netanyahu government, which conditions the program on concessions from Ra’am.

Shaked demanded that at least 70% of the Bedouin residents of the area be required to declare they agree to leave their lands and gather around one of the localities that will be established. If the condition is not met within seven years, the decision to establish the city will be revoked.

Meir Deutsch, director-general of Regavim, said that the plan is “both an opportunity, and a risk.”

“On the one hand, this plan may lead to real change in the Negev, the restoration of state lands to the government’s hands and the beginning of the process of resettlement of the Bedouin squatters who have taken over the open spaces of the Negev. This plan envisions relocation into legal, organized settlements rather than the fictitious ‘expansion’ of existing settlements that was standard procedure over the past decade. The decision approved by the government today establishes criteria for relocating residents of the Bedouin encampments into permanent settlements according to clearly defined timetables; if the criteria are not met, the plan to create new settlements will be canceled,” he explained.

On the other hand, “the merit of the government’s plan must be proven by action, not intentions. To date, Israeli governments have been most adept at offering ‘carrots’ but have failed to use ‘sticks’ and enforce the conditions of previous plans,” he noted.

“This plan, like its predecessors, is built on carrots and sticks, and it’s up to the government to prove that it intends to see the program through – including the evacuation of the squatters’ camps, and the return of state land on which the Bedouin are currently squatting illegally, to state hands. The failed policy of endless land allocations for the Bedouin sector must come to an end,” he said.

“If the government stays the course and sees the program approved today through – both carrots and sticks – it will be the first real progress toward a better future for the Negev and for the restoration of national resources to government jurisdiction,” he underscored.

A State Comptroller’s report from August warned that the Negev is plagued by the lack of enforcement, lack of basic services for the residents of the Bedouin localities, invasions of IDF training grounds, crime on the roads, collection of “protection” money, water and electricity theft, vandalism, damage to government infrastructure, poor education, environmental damage and health hazards.

This government plan may be the beginning of a positive trend in the region, Regavim believes.