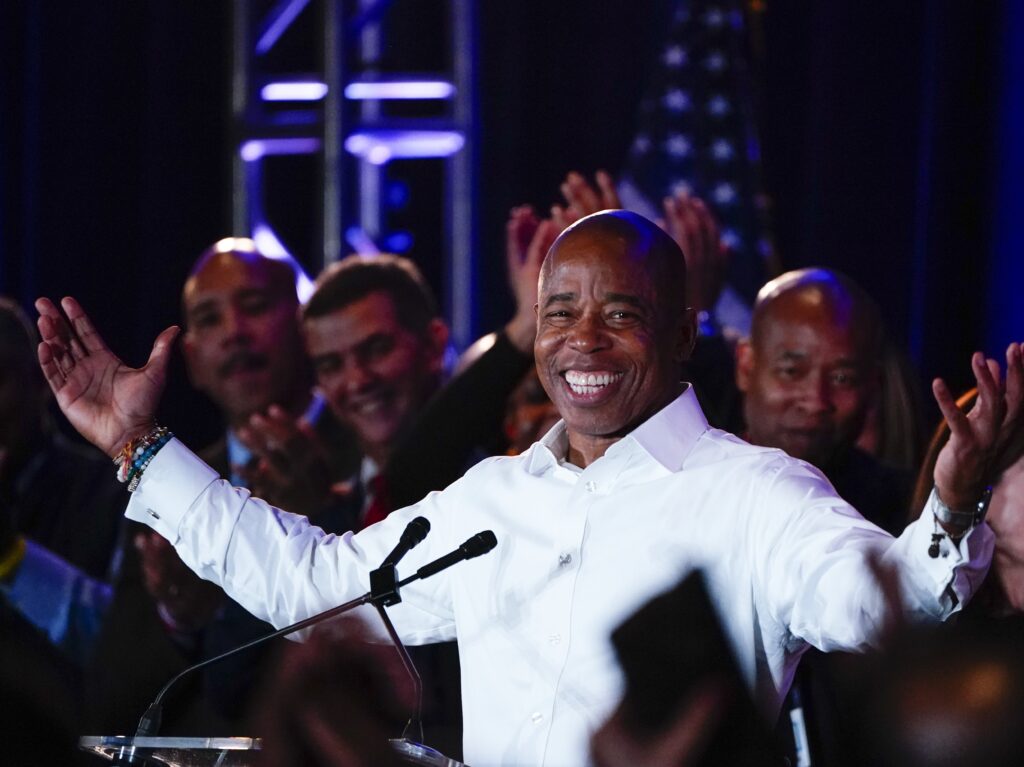 New York City Mayor-elect Eric Adams pledged Wednesday to be a practical and progressive mayor who will “get stuff done” for the nation’s largest city.

Adams, a 61-year-old Democrat and former police officer who will be New York City’s second Black mayor, defeated Republican Curtis Sliwa on Tuesday and will take office on Jan. 1.

Adams, who narrowly won a June Democratic primary over a field that included candidates to his left on issues including tax policies and policing, said his own agenda is progressive.

“I am practical and I am progressive,” Adams said. “We’ve allowed that term to be hijacked, and I’m not going to allow anyone to tell me that my policies are not progressive to deal with housing, to deal with health care, and important issues that we are facing.”

Asked on CNN about “runaway wokeness” in his party, Adams responded, “I think it’s imperative that we have the discussion, we debate, we have conversations pre-election.”

He said, again, that once the election is over, “you have to get stuff done.”