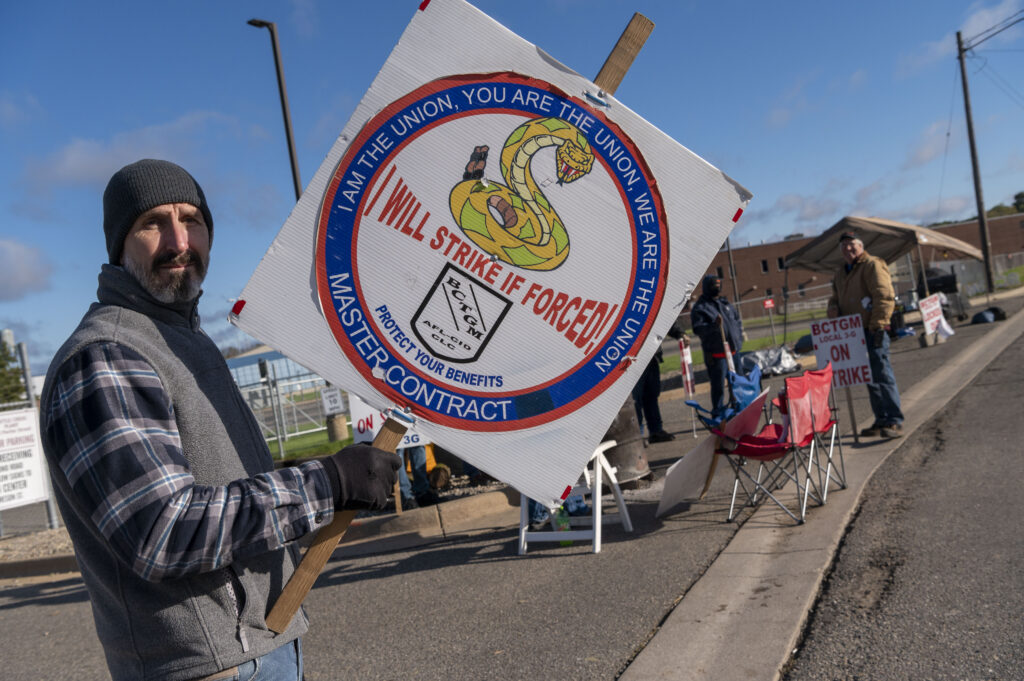 Factory workers, nurses and school bus drivers are among the tens of thousands of American who walked off jobs in October amid a surge of labor activism that economists and labor leaders have dubbed “Striketober.”

The strike drives, experts say, stem from the new leverage workers hold in the nation’s tight job market: Having seen the massive profits their companies collected during the coronavirus pandemic, they want their contributions acknowledged in the form of better pay and working conditions.

While work stoppages may contribute to near-term inflation and production tie-ups, economists say they could fundamentally change the economic standing of millions of workers. Here’s what you need to know about the tide of recent strikes.

Why are so many workers on strike?

There are a number of reasons, but ultimately it comes down to how the pandemic has changed the way people see themselves, their employers and their jobs – especially if going to work heightened their risk of exposure to the deadly virus. So while millions of people quit or switched positions, others have staged walkouts – or at least are threatening to.

“People don’t want to go and die at work. I mean, they’re not compensated enough,” said Kim Cordova, president of the 23,000-member United Food and Commercial Workers [union] in Colorado.

Strikes or strike authorizations – when a union supports a walkout if negotiations with management break down – typically revolve around compensation. At John Deere, where 10,000 workers at 14 factories walked off the job on Oct. 14, employees want better pay and retirement benefits. The company offered 5 to 6% raises in a new collective bargaining agreement, but workers say it’s not enough, given the company’s soaring profits.

More than 1,400 Kellogg workers in Pennsylvania, Nebraska, Michigan and Tennessee went on strike on Oct. 5, seeking better benefits, vacation time and trying to defeat a two-tier wage system. Several hundred of those employees returned to work on Tuesday after the company threatened to hire a contractor to replace them.

How many workers are on strike?

Some 17,400 U.S. workers went on strike in October, according to a Bloomberg work stoppage database. Of the 119 union strikes so far this year, 15 are “major” strikes involving 1,000 or more individuals, according to the database. That compares with nine major strikes in 2020, when the pandemic took hold, and 30 in 2019.

Data on U.S. work stoppages is not centralized, so it is difficult to draw direct comparisons between years. But it is clear, economists say, that the 2021 strike movement is historic in both its size and the way it spans across industries. In 2019, strikes mainly occurred among public-sector and health care workers, according to Labor Department and Bloomberg data. That trend continued in 2020: Aside from a 10,000-person carpenters’ strike in Massachusetts in April, 34,000 of the 58,000 workers involved in union-related strikes were by educators or health-service workers.

This year, manufacturing workers made up 47% of those who began strikes, data show, while education and health services represented 36%. In January, 1,400 workers walked out at Hunts Point Produce Market in New York seeking better pay. In March 1,300 workers in five states from Allegheny Technologies struck over wages and health-care premiums.

What do all these strikes mean for the broader economy?

Economists are not entirely sure mostly because it’s unclear what it will take to placate workers. John Deere offered employees raises of 5 to 6%, but union officials said the proposed contract didn’t meet workers’ retirement and wage goals. Warrior Met, the Alabama coal mine, offered workers marginal annual raises in a new contract, but workers rejected the deal.

If workers can extract better compensation and benefits, it could help tamp down rising income inequality, said William M. Rodgers III, director of the Institute for Economic Equity at the Federal Reserve Bank of St. Louis. Even if strikes contribute to a near-term worker shortage that slows the economy’s pandemic recovery, middle- and working-class individuals and families could see more income and spending power, he said, that will be better for the economy in the long-term.

A lot of those outcomes will depend on inflation, said Rodgers and Pollak, the ZipRecruiter economist. If more workers have more money, the other currency in circulation becomes less valuable. That could hurt consumers, who are already dealing with inflation.

And businesses are dealing with inflationary problems, too. Labor costs more, so does moving products because of backed up supply chains. Even if businesses have to raise prices on consumers to make up for those expenses, Pollak said, the economic benefits of workers making better wages are greater than the cost to consumers of having to pay more for basic goods and services.

But there are simple things businesses can do to stave off inflation, Pollak said. When wages rise high enough, they draw people back into the workforce: maybe someone comes out of retirement or a stay-at-home parent takes a part-time job. That increases the job applicant pool and brings down labor costs. Companies can innovate their operations, she said, and invest in programs or machinery that lessen their reliance on labor. They can also tweak their products or services to cut costs, Pollak said. For example, restaurant chain Wing Stop added chicken thighs to its menu to defray the rising cost of chicken wings.

“Yes, you can have wage-growth-fueled inflation that kind of nullifies those real gains [in wages],” she said. “But inflation is a funny thing. And when you have a very competitive market, there are often ways to avoid those inflationary costs.”