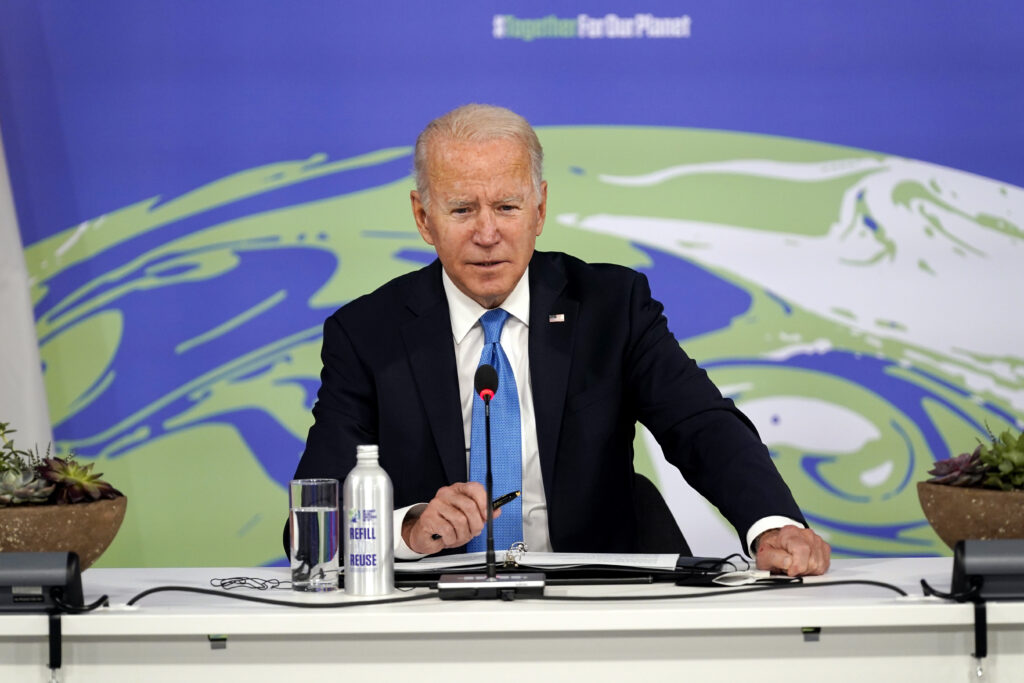 President Joe Biden joined other world leaders Tuesday to highlight the importance of preserving forests as a force against global warming, whipping up ambitions at a U.N. climate summit abroad even as a coal-state U.S. senator is again threatening Biden’s landmark climate legislation at home.

Comments by Democratic Sen. Joe Manchin that he still has doubts about Biden’s $1.75 trillion domestic policy proposal, which includes $555 billion in provisions to combat climate change, come at an unfortunate time for the president.

They landed as Biden and his aides are exhorting, coaxing and deal-making with government heads for faster action on cutting climate-wrecking fossil fuel emissions at a summit with more than 100 other world leaders in Glasgow, Scotland.

Manchin holds a key vote in the Senate, where Biden has the slimmest of Democratic majorities, and has successively killed off key parts of the administration’s climate proposals. He said Monday he was uncertain about the legislation’s impact on the economy and federal debt and was as “open to voting against” it as for it.

Biden has been determined to demonstrate to the world that the U.S. is back in the global effort against climate change, after his predecessor Donald Trump pulled the U.S. — the world’s largest economy and second-biggest climate polluter — out of the landmark 2015 Paris climate accord.

Biden has essentially bet that the right mix of policies on climate change and the economy are not only good for the country but will help Democrats politically. But questions remain about whether he has enough political capital at home to fully honor his promises to world leaders about shifting the U.S. toward renewable energy.

Biden joined other leaders Tuesday for an initiative to promote safeguarding the world’s forests, which pull vast amounts of carbon pollution from the air. As part of a broader international effort, the administration is attempting to halt natural forest loss by 2030 and intends to dedicate up to $9 billion of climate funding to the issue, pending congressional approval.

Back home, his administration chose Tuesday to launch a wide-ranging plan to reduce methane emissions, targeting a potent greenhouse gas that contributes significantly to global warming.
Biden came to the summit saying he hoped to see his legislation pass this week, but Manchin’s new objections threaten to close the narrow window Biden may have to win passage of his initiatives. The senator is eager to preserve his state’s declining coal industry despite coal’s falling competitiveness in U.S. energy markets.

If Biden’s climate legislation falters, he could be limited to regulatory projects on climate that could easily be overturned by the next U.S. president, and turn his stirring cries for climate action abroad into wistful talk at home.

Manchin’s statements are a possible sign that one of two key Democratic votes in the Senate wants to delay any votes on the president’s agenda until the bill is fully reviewed. But House Democrats are still taking steps this week to pass Biden’s $1 trillion infrastructure package, which includes efforts to address climate change. The White House is seeking to turn both measures into law, linking them in hopes of appeasing a diverse and at times fractious Democratic caucus.