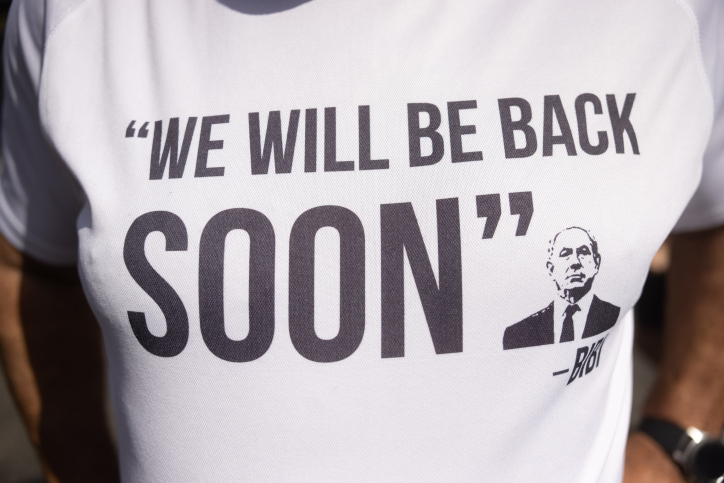 While a marathon debate on the state budget proceeded in the Knesset, a mass rally of the right wing took place in Tel Aviv to protest the Bennett-Lapid government on Tuesday night.

The government must pass the budget by November 14 to stay in power, and the opposition, led by former Prime Minister Binyamin Netanyahu, is working to block passage, which would automatically trigger new elections.

The rally organized by Likud at the Habima Square in Tel Aviv was reportedly in the “thousands,” no more precise figures were yet available.

Participants held signs that read “You don’t have a mandate to erase the Jewish state,” “A Jewish government for a Jewish state,” and “Bennett/Shaked betrayal is a crime.”

Speakers called for an end to the current coalition the return to power of Binyamin Netanyahu.

Among the speakers were MKs Tzahi Hanegbi, Miri Regev and Amir Ohana from Likud, as well as Religious Zionism MKs Bezalel Smotrich and Itamar Ben-Gvir.