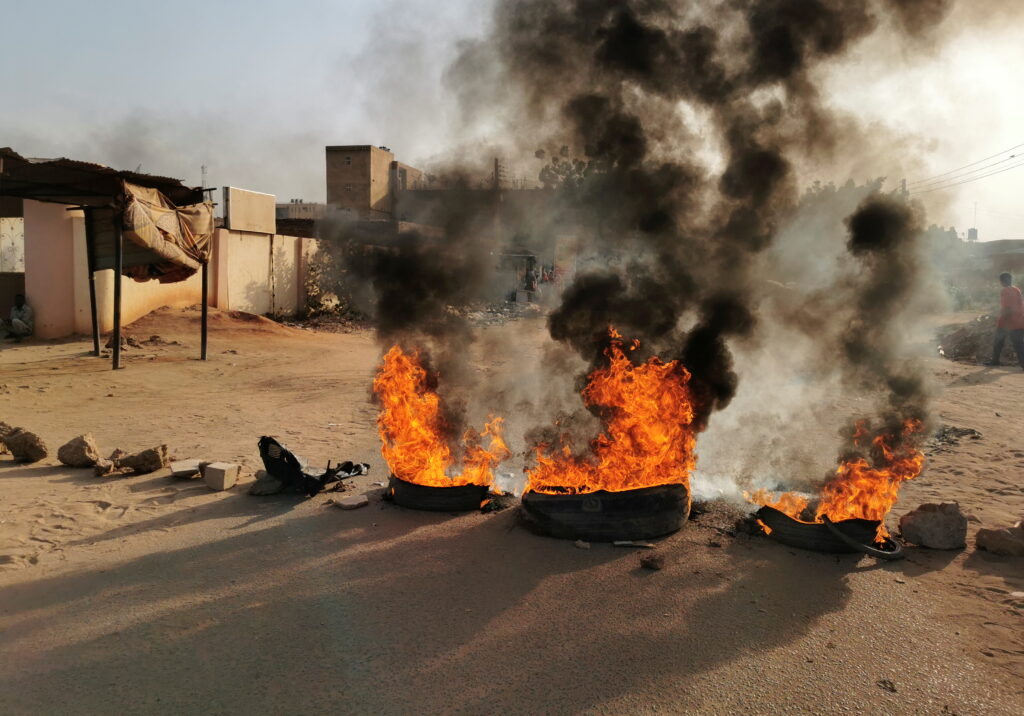 The assessment is that the purpose of the trip was to ensure the continuation of the process of normalization between Israel and Sudan, which began when Sudan joined the Abraham Accords in 2020. Sudan has yet to open an official diplomatic mission in Israel or dispatch a diplomatic envoy to take charge of bilateral ties.

Security forces opened fire on some of them, and three protesters were killed, according to the Sudan Doctors’ Committee, which also said 80 people were wounded.

The takeover, which drew condemnation from the United Nations, the United States and the European Union, comes more than two years after protesters forced the ouster of longtime autocrat Omar al-Bashir and just weeks before the military was supposed to hand over the leadership of the council that runs the country over to civilians.

Some three weeks ago, the Saudi Al-Arabiya outlet reported that a Sudanese security delegation had visited Israel. According to that report, the visit lasted two days and participating representatives discussed relations between the two countries.

Not long after the reported visit to Israel, senior Israeli and Sudanese officials held a rare public meeting in Abu Dhabi.

Roll said the sides agreed on future cooperation. “Our goal is to join hands in technological training in order to help young people of all sides” enter the modern labor market. “We also spoke about the importance of normalizing the relations between both countries,” he added.

“The two agreed [on] promoting joint projects and activities,” Frej said and quoted Abdulbari as saying it was important to “strengthen human bonds.”