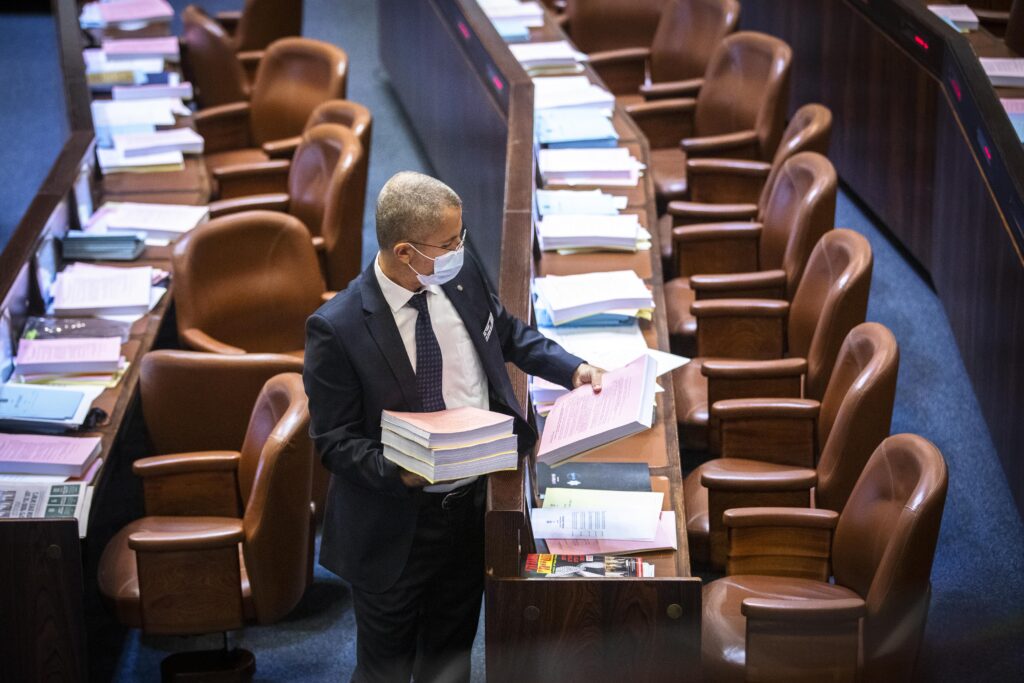 The Knesset began what is set to be a 33-hour debate on the 2021 and 2022 state budgets on Tuesday morning. The 2021 budget must be passed to prevent the government from collapsing. Failure to pass a budget would mean the automatic dissolution of the Knesset and snap elections mandated if the spending plan does not pass both the second and third readings in the full Knesset and gain approval by Friday.

On Wednesday night, the MKs will begin voting on 600 items in the 2021 state budget, and then on the 2022 state budget. With a minimal majority of 61 MKs, the coalition must maintain full support from all of its members or find replacements from the Opposition.

Israel has not approved a state budget for over three years.

Finance Minister Avigdor Liberman told the plenum that it was symbolic that the budget debate was happening on the anniversary of the Balfour Declaration, which declared British support for a Jewish homeland in mandatory Palestine under its control.

In an interview with KAN Radio, Ra’am leader Mansour Abbas revealed that he negotiated with opposition leader Binyamin Netanyahu on joining a Likud-led government. He said the Likud had urged him to persuade the Religious Zionist Party to enter a coalition with him.

The Likud denies these claims.