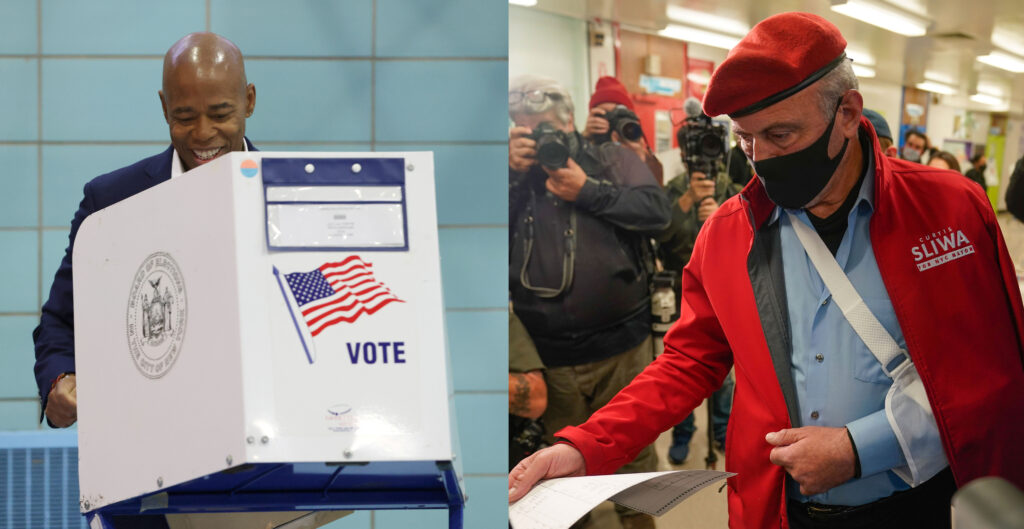 Adams, the Brooklyn borough president, is seen as the prohibitive favorite in the race. Democrats outnumber Republicans 7 to 1 in New York City. He spent 22 years in the police department before winning a seat in the state senate.

Sliwa is best known as the founder of the Guardian Angels. He still wears the anti-crime patrol’s signature red beret at public events and while campaigning.

The next mayor inherits the big challenge of bringing the city back from the coronavirus pandemic, which has killed more than 34,500 New Yorkers and is still infecting hundreds every day.

The winner will replace Mayor Bill de Blasio, who is limited to two terms.

The final days of the campaign happened as de Blasio sparred with unions over a mandatory vaccination order for all city employees.

The race is one of many local elections for municipal and county leaders being contested across the state Tuesday. They include a fierce fight in Buffalo that is a rematch between India Walton and the incumbent mayor she beat in the Democratic primary, Byron Brown. Brown refused to quit after his primary loss and has been asking voters to write his name in on their ballots.

New York voters are also voting on constitutional amendments that could make it easier to vote and establish a right to clean air and water.