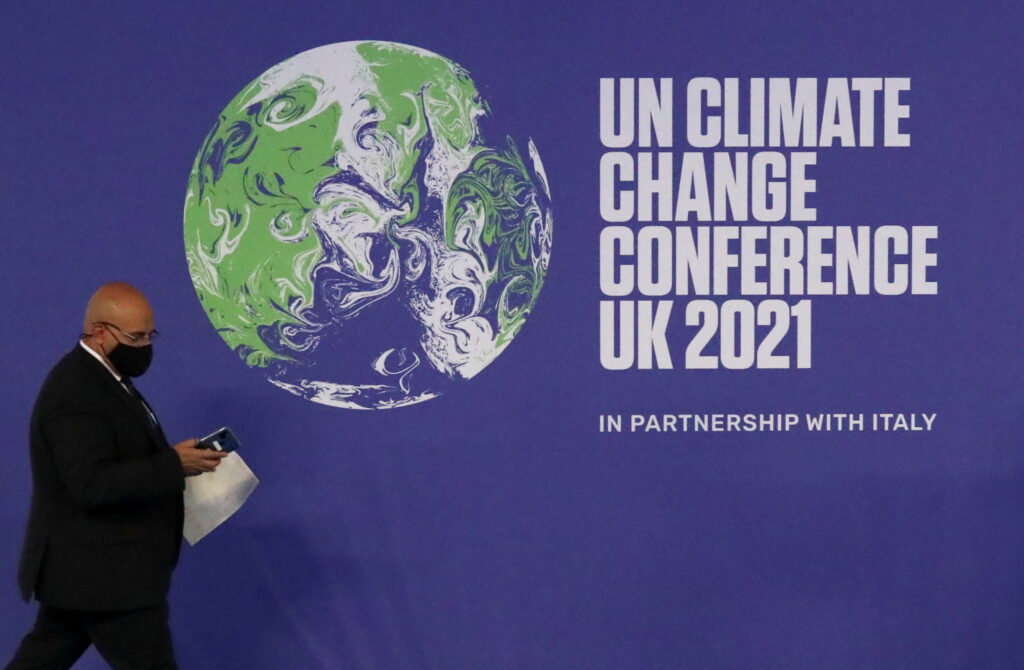 Israel’s energy minister, who uses a wheelchair, was able to attend the global climate summit Tuesday, after police prevented her from reaching the venue.

Energy Minister Karine Elharrar arrived at the COP-26 climate summit in Glasgow alongside Prime Minister Naftali Bennett, using a ramp to enter the building, according to footage sent by Bennett’s office.

“Tomorrow the exact same thing will be here,” he said, gesturing toward the accessible entrance. “It’s very important, so is the message” it sends, he said.

A spokeswoman for Elharrar said Monday that she wasn’t able to attend the conference after police officers at a checkpoint did not let her vehicle with the wheelchair through.

Elharrar’s spokeswoman Shaked Eliyahu said that even though conference organizers knew she required an accessible entrance, the minister’s car was kept from approaching for two hours, after which she was offered a ride on a shuttle — which wasn’t wheelchair accessible.

The incident was an embarrassment to organizers of the high-profile event and prompted apologies from British officials.

“We deeply regret that incident,” Environment Secretary George Eustice told BBC radio Tuesday. “What would normally happen in this situation is that Israel would have communicated that they had that particular need for their minister.

“There was obviously something that went wrong in this instance and they weren’t aware of that and so they hadn’t made the right provisions at the particular entrance she was coming to.”

After the incident, Elharrar wrote on Twitter that “it’s sad that the U.N., which advances accessibility for people with disabilities, in 2021, doesn’t see to accessibility at its events.”