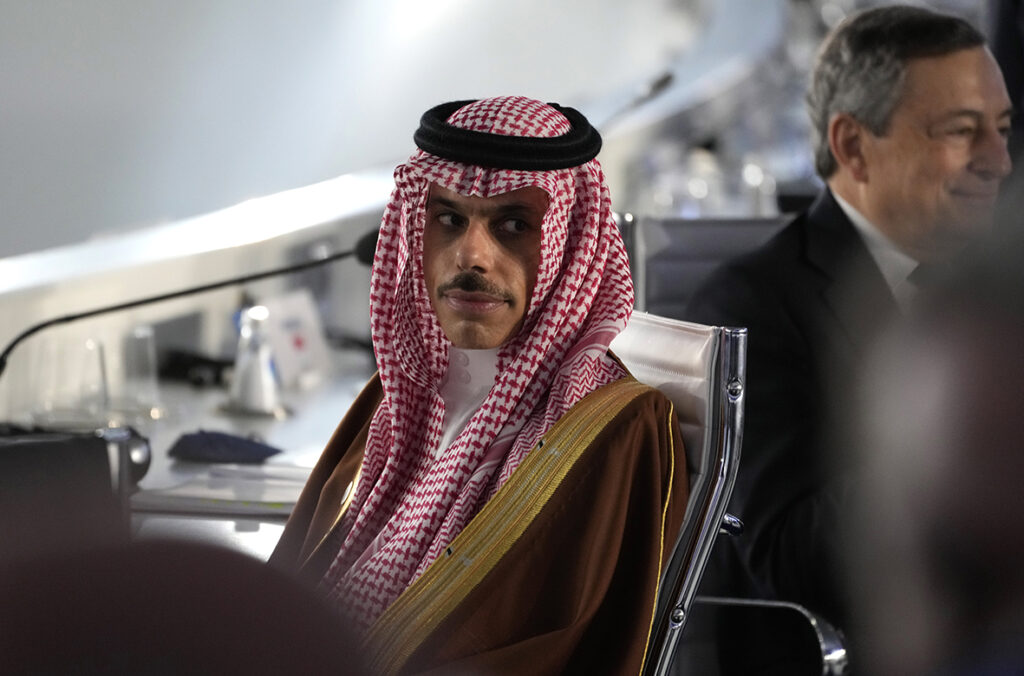 Saudi Arabia’s Foreign Minister Prince Faisal bin Farhan Al Saud said in an interview with Saudi news channel Al-Hadath that a Palestinian state with east Yerushalayim as its capital is a prerequisite for normalization with Israel.

Kan News on Sunday reported the remarks made by Saudi Arabia’s top diplomat.

Although supportive of the Abraham Accords that established diplomatic ties between Israel and four Arab countries, the Kingdom has maintained that a resolution to the Palestinian issue must happen before joining the pact.

Saudi Arabia has recently made positive moves toward Israel, including allowing the use of its airspace for commercial flights from Tel Aviv to Dubai and Abu Dhabi, significantly shortening travel time between the two countries.

The United Arab Emirates and Bahrain signed the Abraham Accords with Israel at a White House ceremony in September 2020. Morocco and Sudan were later additions.

Despite the comments by Saudi Arabia’s top diplomat, it was reported that the administration of President Joe Biden is discussing Israel normalization with the Saudis.

The report stated that the Crown Prince did not immediately reject the proposal to establish diplomatic ties with Israel, listing the steps needed to make the move, including improving the relations between the United States and Saudi Arabia.

Other countries mentioned as possible candidates to next join the Abraham Accords include Comoros, Tunisia, Oman, Qatar and Malaysia, although Qatar’s foreign minister last month ruled out establishing diplomatic ties with Israel as long as the “occupation of Arab lands” continues.