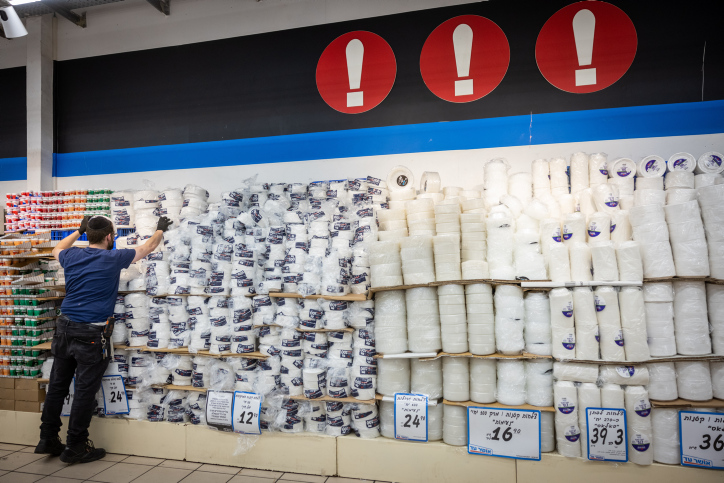 The government on Monday, Nov. 1, introduced a new tax on disposable plasticware aimed at doubling the price of plastic cutlery and plates for Israeli consumers, as per the directive of Finance Minister Avigdor Liberman.

The Environmental Protection Ministry said that the new tax — an increase of 11 shekels per kilogram of single-use plastics — would “double the final price for the consumer and thus reduce the consumption of these polluting products.”

The tax will apply to plastic plates, bowls, cups and straws.

Israelis spend NIS 2 billion ($638,000) annually on plasticware, with the amount used per person nearly five times that of EU residents, the ministry said in a statement.

The new tax is expected to reduce purchases of the environmentally harmful items by 40%, the statement said.

Environmental Protection Minister Tamar Zandberg likened the new tax to those on cigarettes and alcohol, saying that “Israel is addicted to disposable plastic and it is time to quit.”

She argued that the tax was fair on consumers along the lines of “the polluter pays” principle.

“The benefit of disposable containers is short-term for the consumers who purchase them, but they produce environmental damage that the entire economy suffers from, for many years to come,” Zandberg said in the Monday statement.

In the run-up to the application of the new tax, supermarkets across the country reported consumers making mass purchases of disposable plasticware, with many shelves left empty due to the high demand before the price hike.

Israel is the second biggest per capita consumer of single-use plastic in the world.

According to a survey by the Israel Democracy Institute in 2019, Israelis are eager to change their ways, with most in favor of a state ban on disposable tableware.

In the absence of national legislation on the issue, some local authorities have moved to phase out single-use plastics in schools and kindergartens and a number of privately owned stores have also voluntarily stopped using disposable plasticware.

In addition to the new tax on plasticware, the price of gasoline rose by 23 agorot (7 cents) at midnight on Sunday, marking a 3.6% rise in the cost of fuel from a self-service pump.