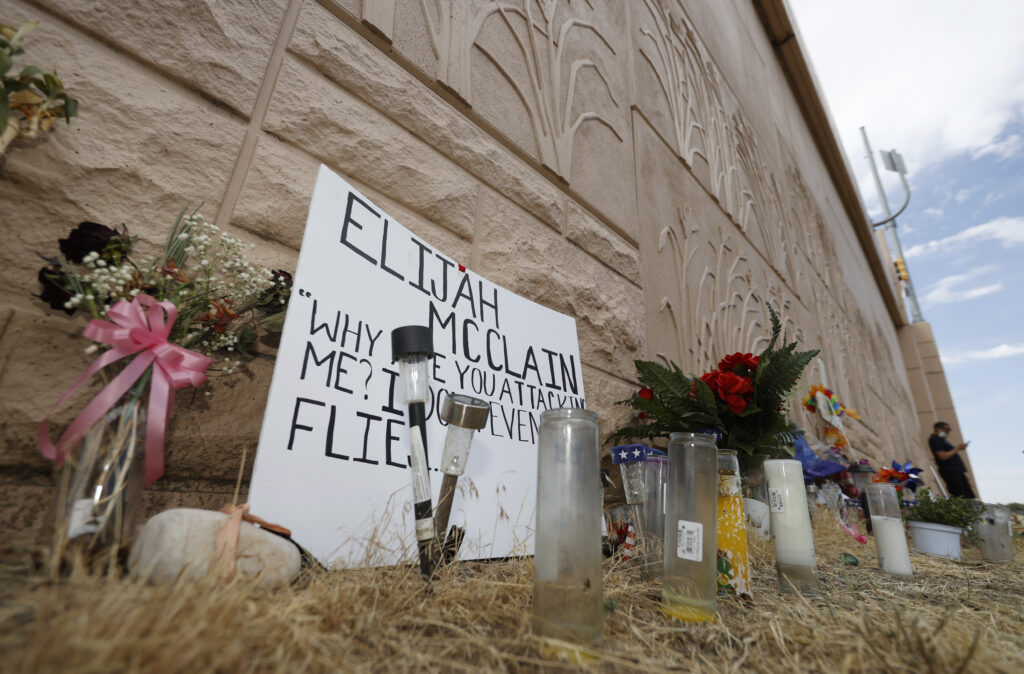 Three police officers and two paramedics indicted on manslaughter and other charges in the 2019 death of Elijah McClain in Colorado appeared in court Monday for the first time since being charged.

Officers Randy Roedema, Nathan Woodyard and Jason Rosenblatt and fire department paramedic Jeremy Cooper and fire Lt. Peter Cichuniec each took turns standing before Judge Priscilla Loew with their lawyers in a courtroom in Brighton. As McClain’s mother, Sheneen McClain, watched from the gallery with her lawyers, each waived a reading of the charges and penalties they face. None were asked to speak.

Elijah McClain, a 23-year-old Black man, died after being put into a chokehold and injected with a powerful sedative in the Denver suburb of Aurora. He never regained consciousness and was later declared brain dead at a hospital.

Family and friends described McClain, a massage therapist, as a gentle and kind introvert who volunteered to play his violin to comfort cats at an animal shelter.

While the former district attorney said he could not file charges because an autopsy could not determine how McClain died, the officers and paramedics were indicted by a grand jury this summer over a year after Gov. Jared Polis ordered Attorney General Phil Weiser to open a criminal investigation into the case.

Loew granted permission for lawyers to file motions about the grand jury process before the defendants’ next court date on Jan. 7, when they are scheduled to enter pleas to the charges. The lawyers did not explain what issues they planned to raise but one of Sheneen McClain’s lawyer, Qusair Mohamedbhai, said he expected them to ask Loew to review the grand jury transcript and make sure jurors found probable cause for the charges.

Sheneen McClain said being in court was difficult but it was something she had to do as part of the process of getting justice for her son. She said the defendants did not look at her in court and called them “cowards.”

Cichuniec requested and was granted permission by the judge to be able to travel though the reason was not discussed. Sheneen McClain said he wanted be able to visit family, a request she opposed as a victim in the case.

“Elijah didn’t get to go home. Every request that Elijah made that made sense, they refused,” she said.