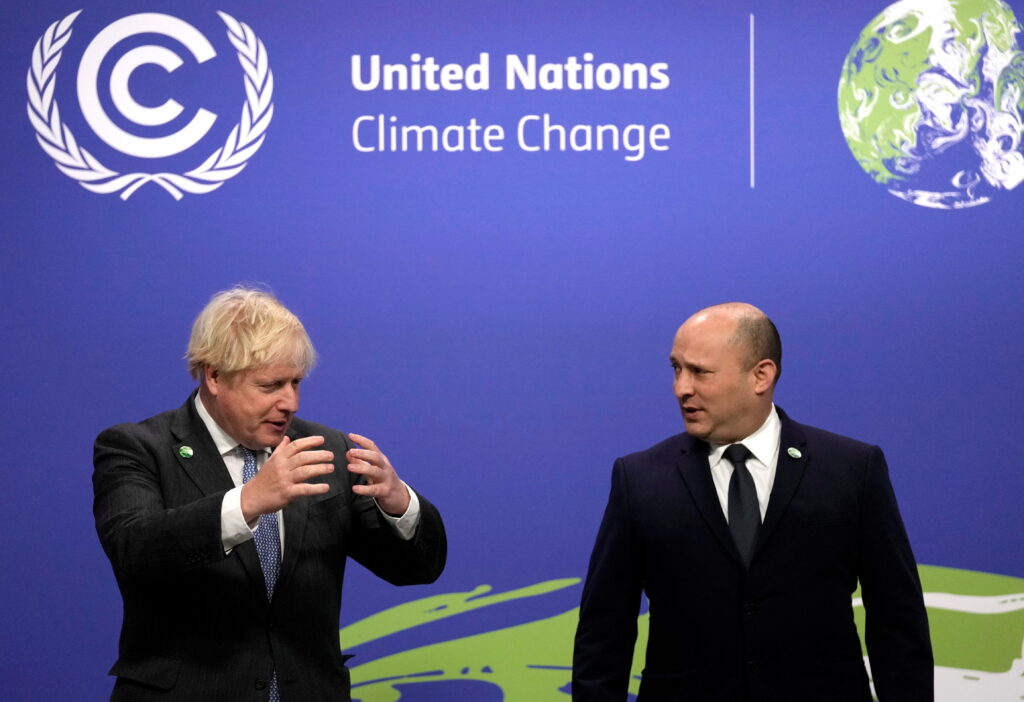 Prime Minister Naftali Bennett pledged to help save the world on Monday.

In a speech at the U.N. Climate Change Conference in Glasgow, Bennett declared “As the country with the most start-ups per capita in the world, we must channel our efforts [in]to saving our world.”

The Israeli premier took pains to avoid sounding messianic, though.

“Let’s be real,” Bennett said. “Israel is a small country. We’re less than a third of the size of Scotland.”

“Our carbon footprint may be small, but our impact on climate change can be mighty. If we’re going to move the needle, we need to contribute Israel’s most valuable source of energy: The energy and brainpower of our people.”

Acknowledging that Israel lags behind in its greening program, Bennett said that it has, however, started implementing its “100-step plan,” a $4.8 billion action plan submitted for government approval last week.

He stressed too that Israel is committed to net-zero greenhouse gas emissions by 2050, and to phasing out the use of coal by 2025.

Bennett was accompanied by a delegation of an estimated 130 people, including

Meanwhile, there was no escaping the Palestinians, even in Glasgow.

Shtayyeh accesed Israelis of building homes on what was green land, uprooting olive and other trees, and refusing to allow Palestinians to erect solar panels on their land in Area C of Yehuda and Shomron