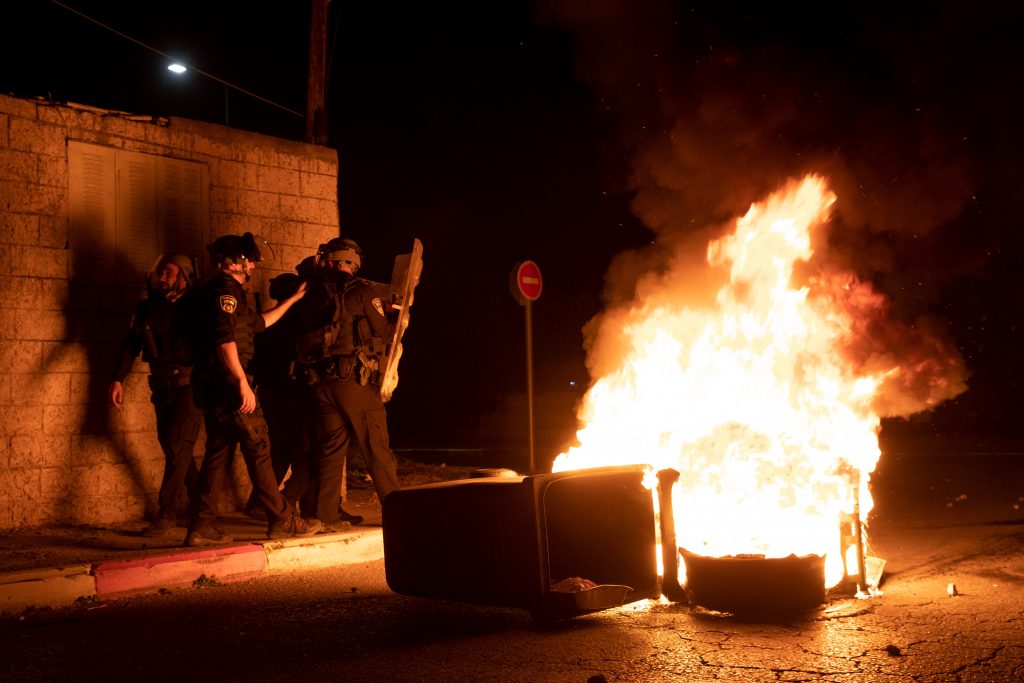 Israel’s security forces were successful in apprehending an Arab terrorist who committed arson attacks against Jewish targets in the mixed city of Ramle in September, including the burning of sukkos.

The Shin Bet stated Monday that its joint investigation with the police led to the arrest on Oct. 12 of the terrorist Suleiman Kasab, 29, a resident of Khan Younis who was in Israel illegally.

Suleiman entered Israel in 2020 with a humanitarian permit as an escort for his mother, who was being treated in Yehudah and Shomron for a serious illness. After completing his mother’s treatment, Suleiman took advantage of the permit and remained in Israel illegally.

His investigation revealed that on Sept. 30 and Oct. 4, Suleiman carried out arson attacks in the city of Ramle, both of sukkos and of a bus.

The investigation further revealed that the al-Aqsa Martyrs’ Brigades worked with Suleiman to promote serious terrorist attacks in Israel, including abductions, bombings and shooting attacks, and Suleiman was also supposed to receive weapons for this purpose, but until his arrest, he did not actually receive funds from the organization.

The Central District Attorney’s Office filed a serious indictment against him on Monday.

The Shin Bet noted that this case joins previous arrests of Gazans who were allowed to enter Israel for humanitarian reasons and were recruited to promote terrorist attacks in Israel, incidents that “emphasize the potential of the threat inherent in illegal residents in Israel.”