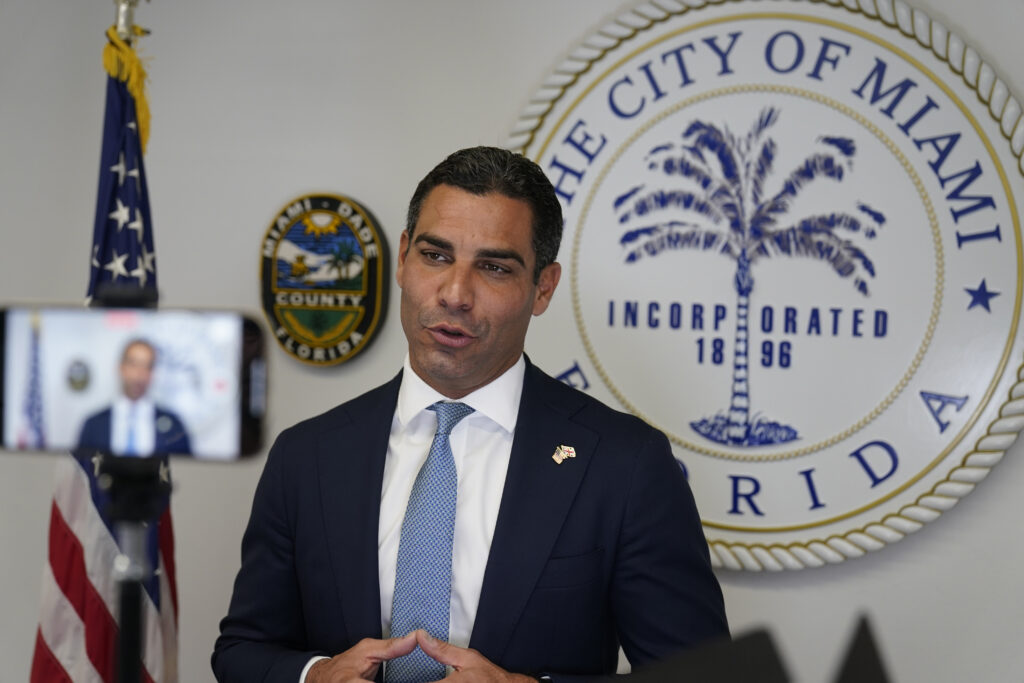 Miami Mayor Francis Suarez is hoping to easily secure a second term Tuesday, with his reelection campaign showing he can raise millions as he seeks to elevate his profile at a national level.

Suarez, 44, gained name recognition for launching an effort to lure technology investors to the city at the beginning of the year, meeting with PayPal founder Peter Thiel, tech magnate Marcelo Claure and engaging on Twitter with Tesla CEO Elon Musk, among other well-known entrepreneurs.

Analysts say Suarez was astute to seize a moment when some investors were looking to move to South Florida for tax reasons and looser COVID-19 restrictions during the pandemic. The mayor has been more than willing to assist. In December, when someone tweeted about moving Silicon Valley to Miami, Suarez replied, “How can I help?”

The effect his tech push has had on migration and job creation is still unclear as census numbers do not yet include data for 2021.

But private equity firm Blackstone announced last fall that it would create a new office in downtown Miami to expand tech capabilities. Japan’s Softbank Group — an early investor in Alibaba — is also looking to grow its presence in the city, and has invested $250 million in Miami startups. And venture capital firm Founders Fund has already set up shop in the trendy neighborhood of Wynwood.

Miami hosted a Bitcoin conference earlier this year, and started accepting funds generated through a cryptocurrency named MiamiCoin. Its contributions so far total about $17 million, but the money has not been spent.

The Miami mayoral race is nonpartisan, but if Suarez’s ambitions materialize, he could soon transition to partisan contests.

Although he’s registered as a Republican, he was critical of former President Donald Trump and pushed back against Florida Gov. Ron DeSantis’ COVID-19 actions, including the governor’s decision to prevent local communities from instituting mask mandates. Suarez has said he hopes the party picks more people “that unify us, not divide us.”

Suarez is also not ruling out White House aspirations. He says the pandemic and social media elevated the roles and profile of “national mayors,” making them stronger contenders for the presidency. Next year, Suarez will become president of the U.S. Conference of Mayors, giving him a bigger platform.

Suarez is a real estate attorney and son of Miami’s first Cuban-born mayor. When he launched his first mayoral bid back in 2013, he said he wanted to improve the reputation of the Miami government, which has long been mocked as dysfunctional.

But just like his predecessors, the mayor has struggled to shake off that image. Earlier this year he tapped Houston’s police chief to lead the Miami police department but Chief Art Acevedo’s tenure was short after he was fired due to clashes with politicians and the police union that aired publicly in long commission meetings.

“Sometimes things don’t work out,” Suarez said of the firing. “Part of leadership is also accepting that and turning the page.”

Back in 2017, when the previous mayor left office due to term limits, Suarez won with 86% of the votes. He is hoping for a similar outcome this time.