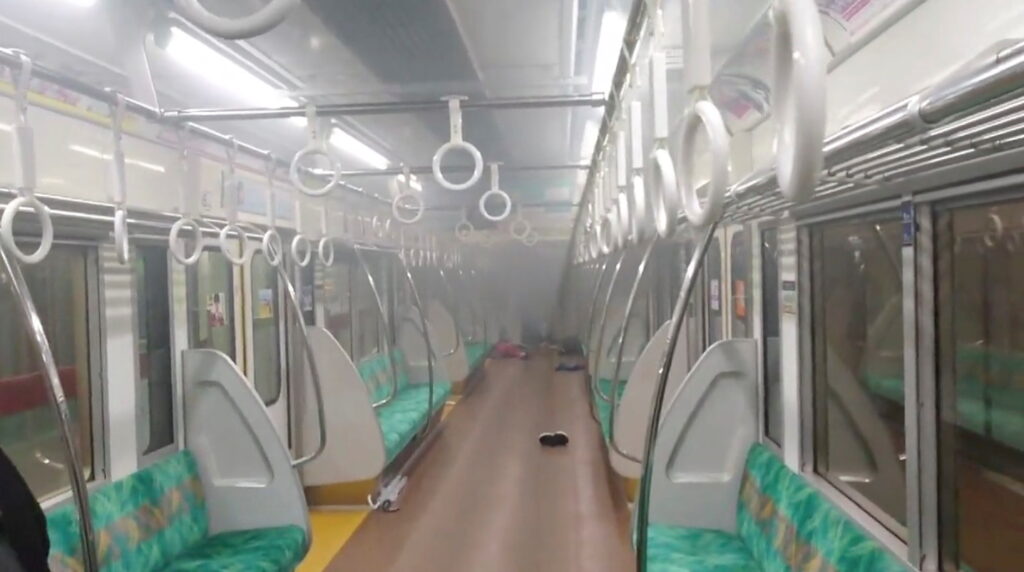 One man was in critical condition and more than 10 others injured in a knife, arson and acid attack on a major Tokyo train line on Sunday evening, Japanese media reported.

The suspected attacker, a man in his 20s, was arrested on the spot, media reported.

The attack occurred on the Keio train line bound for Shinjuku, the world’s busiest rail station, at around 8 p.m. (local time), media said.

One video broadcast on NHK showed a steady stream of passengers running away from a train car where, seconds later, a small fire appears to flare up.