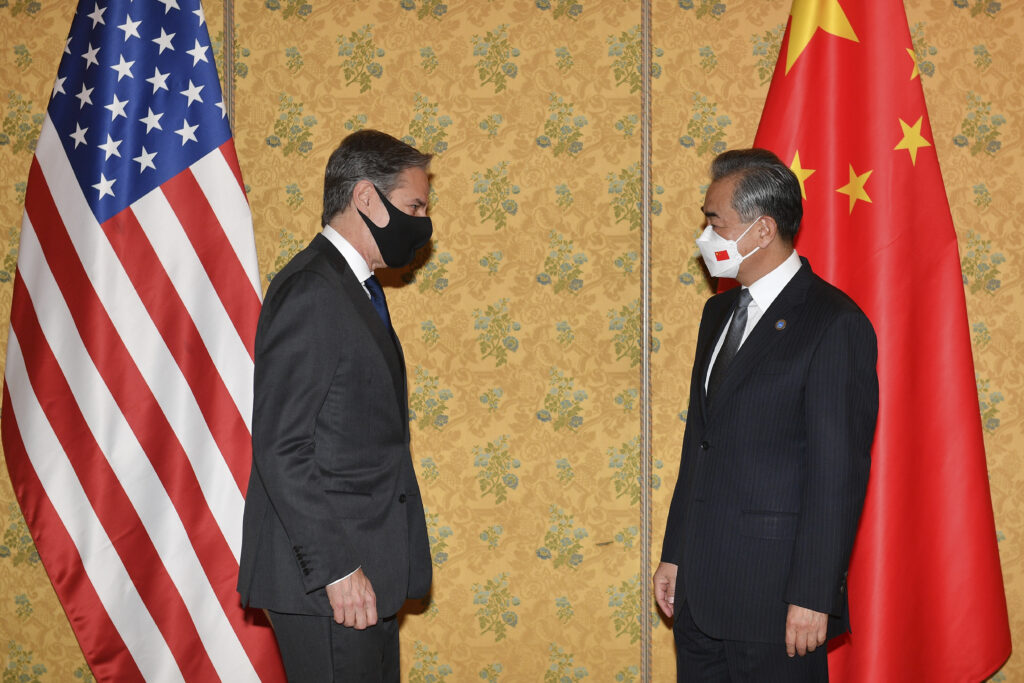 Secretary of State Antony Blinken met with Chinese Foreign Minister Wang Yi as part of the Group of 20 summit on Sunday — an outreach designed to ensure that the intensely competitive relationship between the world’s two largest economies doesn’t veer into open conflicts.

Senior State Department officials described the conversations as candid, constructive and productive, saying that Blinken was clear about U.S. concerns during the roughly hour-long meeting. The officials insisted on anonymity to discuss the exchanges.

One of the U.S. goals is to maintain an open line of communication with China and set a virtual meeting later this year between U.S. President Joe Biden and Chinese President Xi Jinping.

Blinken said at the meeting that China has increased tensions with regard to Taiwan and that America wants to continue its “one-China policy,” which recognizes Beijing but allows informal relations and defense ties with Taipei. During China’s National Day weekend in early October, China dispatched 149 military aircraft southwest of Taiwan in strike group formations, causing Taiwan to scramble aircraft and activate its air defense missile systems. Biden alarmed China shortly after by saying that the U.S. has a firm commitment to help Taiwan defend itself in the event of a Chinese attack.

Asked in a CNN town hall whether the U.S. would come to Taiwan’s defense, Biden said, “Yes, we have a commitment to do that.” U.S. officials immediately moved to clarify that there had been no change to U.S. posture toward Taiwan.

China and Taiwan separated during a civil war in 1949. The U.S. cut formal diplomatic relations with Taipei in 1979 in order to recognize Beijing. The U.S. does not openly contest China’s claim to Taiwan, but is committed by law to ensure the island can defend itself and to treat all threats toward it as matters of grave concern.

Blinken noted that the G-20 summit is being followed by the United Nations climate summit in Scotland, saying that the U.S. expects China to curbs its greenhouse gas emissions as a responsible global power for the good of the world.

Trade issues did not come up in any detail, as the conversation largely stayed in the political realm. Nor was China’s recent test launching of a nuclear-capable hypersonic missile discussed by the two leaders.