Israel Bennett: Opposition Will Fail to Foil Budget; Likud: Bennett Is Even Lower Than the Dead Sea
Israel 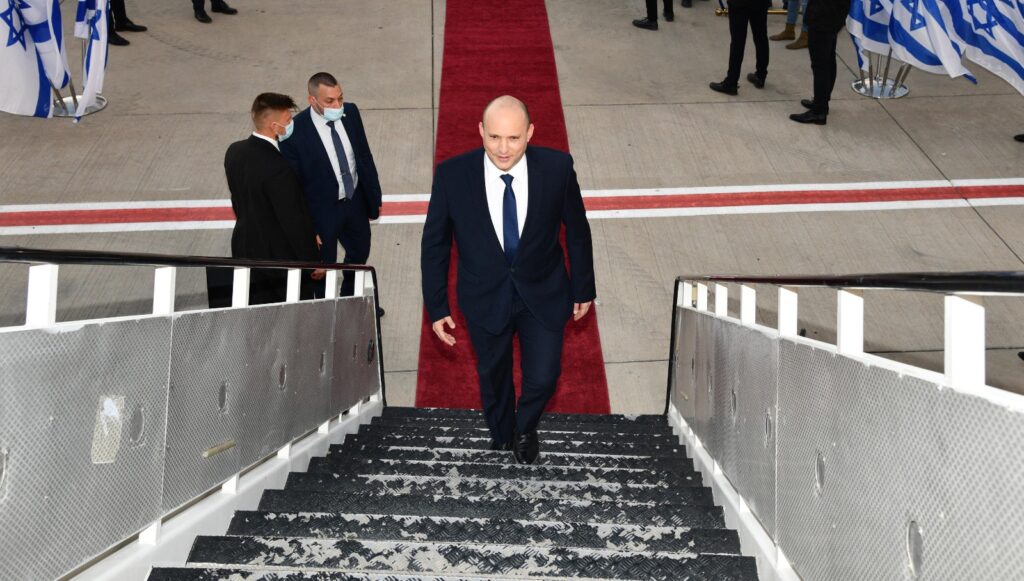 Before departing for the U.N. climate summit in Glasgow on Sunday afternoon, Prime Minister Naftali Bennett expressed his confidence that the state budget is going to pass this week, despite “desperate” attempts by the opposition to prevent that and effectively topple the government.

In a short address to the press that included no references to the climate crisis, Bennett said: “Here in Israel we expect a crazy week, which will get wilder every day the closer the vote on the budget gets. The moment the budget passes, it gives the government stability for several years. The implication for the opposition is that it will fall apart and crumble to pieces. They understand this. They’re desperate. They are desperate to bring down the budget and bring about a fifth election [since April 2019].

“Therefore, we expect the week of big fake news,” he said. “There is nothing they won’t do this week to bring down the budget and lead to fifth elections. But I want to calm everyone. They are wasting their efforts. The budget will pass.

Bennett said: “Once the budget passes, there will be stability and Likud will crumble.”

The Likud responded by citing a new poll that found the Likud is at 35 seats and that Bennett’s party won’t even cross the threshold. “He is even lower than the Dead Sea,” the Likud said of
Bennett.