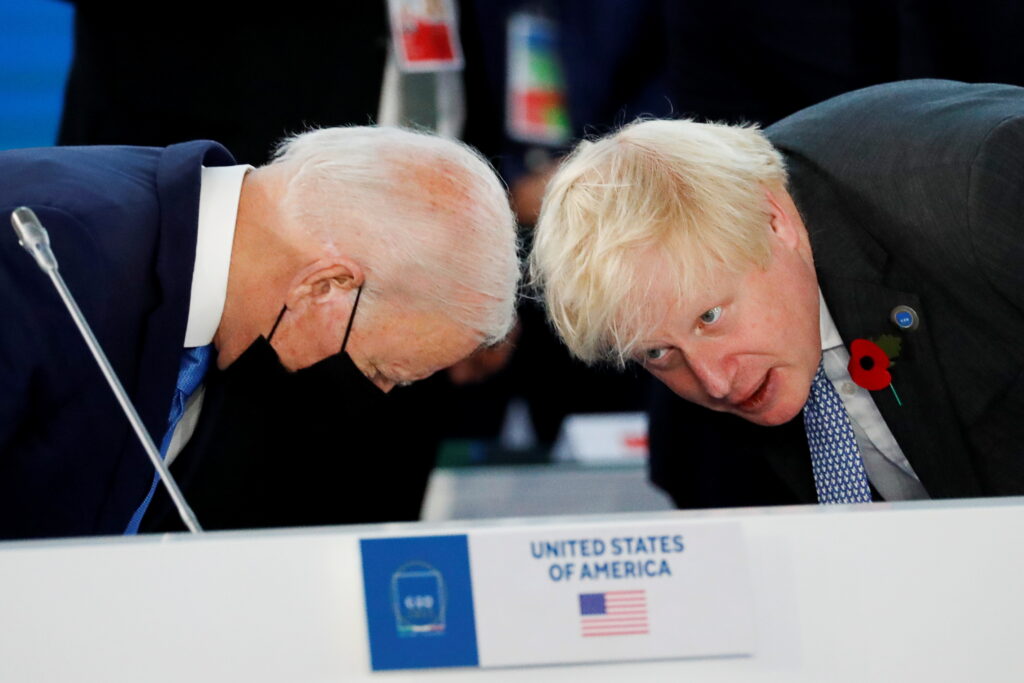 The United States and European Union have agreed to end a festering dispute over U.S. steel and aluminum tariffs imposed by former President Donald Trump in 2018, removing an irritant in transatlantic relations and averting a spike in EU retaliatory tariffs, U.S. officials said on Saturday.

U.S. Commerce Secretary Gina Raimondo told reporters that the deal will maintain U.S. “Section 232” tariffs of 25% on steel and 10% aluminum, while allowing “limited volumes” of EU-produced metals into the United States duty free.

It also ends one of the biggest areas of friction between the allies and allows them to focus on negotiating new global trade agreements to address global excess steel and aluminum capacity mainly centered in China and reduce the industries’ carbon emissions.

U.S. officials did not specify the volume of duty-free steel to be allowed into the United States under a tariff-rate quota system agreed upon with the EU. Sources familiar with the deal, speaking on condition of anonymity, have told Reuters that annual volumes above 3.3 million tons would be subject to tariffs.

The deal grants an additional two years of duty-free access above the quota for EU steel products that won Commerce Department exclusions in the past year, U.S. officials said.

The deal requires EU steel and aluminum to be entirely produced in the bloc – a standard known as “melted and poured” – to qualify for duty-free status. The provision is aimed at preventing metals from China and non-EU countries from being minimally processed in Europe before export to the United States.

“The agreement ultimately to negotiate a carbon-based arrangement on steel and aluminum trade addresses both Chinese overproduction and carbon intensity in the steel and aluminum sector,” White House National Security Adviser Jake Sullivan told reporters. “It shows that we can solve the climate crisis while at the same time better protecting our workers – that we don’t have to pick between climate or the economy.”

Raimondo said the deal will reduce costs for steel-consuming U.S. manufacturers. Steel prices have more than tripled in the past year to records topping $1,900 a ton as the industry has struggled to keep up with a demand surge after COVID-19 pandemic-related shutdowns, contributing to inflation.

Europe exported around 5 million tons of steel annually to the United States prior to Trump‘s imposition of the “Section 232” tariffs in March 2018 on national security grounds.

The deal also eliminates Europe’s retaliatory tariffs against U.S. products including whiskey and Harley-Davidson motorcycles that were set to double on Dec. 1, the U.S. officials said.

The United States allows imports of steel and aluminum duty free from North American trade deal partners Mexico and Canada, with a mechanism that allows tariffs to be reimposed in the event of an unexpected “surge” in import volumes.