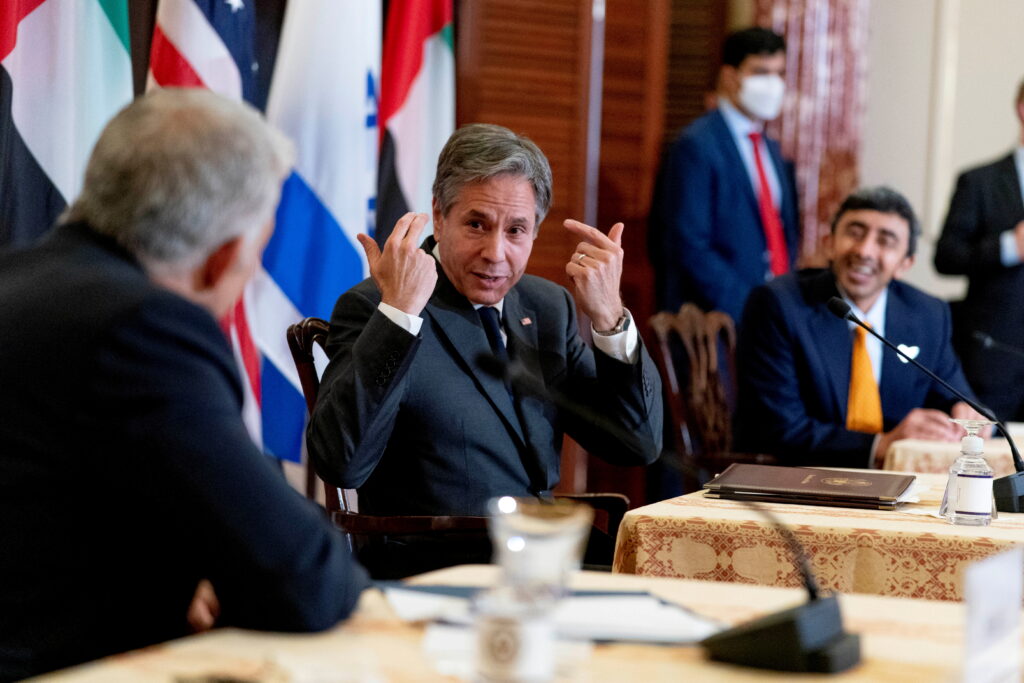 A day after Interior Minister Ayelet Shaked, a close political ally of Prime Minister Naftali Bennett, was heard in a leaked recording accusing Foreign Minister Yair Lapid of botching ties with the U.S. and Jordan, a Channel 12 report Thursday said she was referring to problematic commitments made by Lapid to both countries that later had to be taken back and specified what it said those commitments were.

Lapid, Bennett and Shaked dismissed Wednesday’s leak and Thursday’s report as part of an effort to sabotage the coalition ahead of next month’s budget vote.

In recordings aired by Channel 12 on Wednesday, Shaked was heard talking down on coalition partners Lapid and Benny Gantz and casting doubt on whether the premiership rotation agreement between Bennett and Lapid would be honored come 2023.

The recordings were the latest signs of the growing fissures within the diverse coalition, ahead of the budget vote next month upon which the government’s survival hinges.

In the tapes, Shaked also accused Lapid of botching ties with Jordan and the U.S. Shaked can be heard calling Lapid “shallow” in the tapes, while claiming Bennett is constantly having to clean up after him.

“Every week Lapid drops a bomb and Naftali comes to the rescue. Every week, and no one knows,” she said, apparently referring to diplomatic faux pas.

“He did this like three times, with the Jordanians, with the Americans… and Naftali came to the rescue, unequivocally,” Shaked added.

While Shaked did not elaborate, on Thursday Channel 12 said that it had identified the three instances.

The first was reportedly when Lapid promised Secretary of State Antony Blinken in a July phone call that there would be “no surprises” regarding Iran’s nuclear program, a commitment that appears to take away Israel’s ability to act unilaterally if in danger.

The report said that Bennett was then forced to clarify to the Americans that the commitment was only in regard to diplomatic moves and that Israel reserves the right to take military action as it sees necessary.

The second incident occurred when Lapid reportedly told Blinken that Israel’s opposition to the U.S/ reopening its consulate in Yerushalayim was a temporary political issue aimed at preserving the coalition, leading the Americans to believe that it would be approved once the coalition was stable, Channel 12 said citing several government ministers.

However, Bennett was then forced to clarify to  President Joe Biden that Israel’s opposition to the move was deeply ideological and Israel would not agree to the move even after the budget passes.

The third incident involved ties with Jordan, the report said, claiming that in a meeting with Jordanian Foreign Minister Ayman Safadi, Lapid gave approval to place a copy of the Jordanian royal family’s Quran in the Al-Aqsa Mosque.

The report said Lapid made the promise without realizing that such a move would have “wide-ranging diplomatic and symbolic consequences.”

The report said Bennett, in a later meeting with Jordan’s King Abdullah II, had to clarify that such a move was not going to happen.

Under their 1994 peace treaty, Israel recognizes Jordan as the custodian of Har HaBayis, which houses the Al-Aqsa Mosque.

In response to the report, Shaked, Lapid and Bennett all refused to comment on the specific allegations, saying that the leaks were part of an ongoing attempt to destabilize the coalition.

The incident comes amid increased tensions in the coalition.