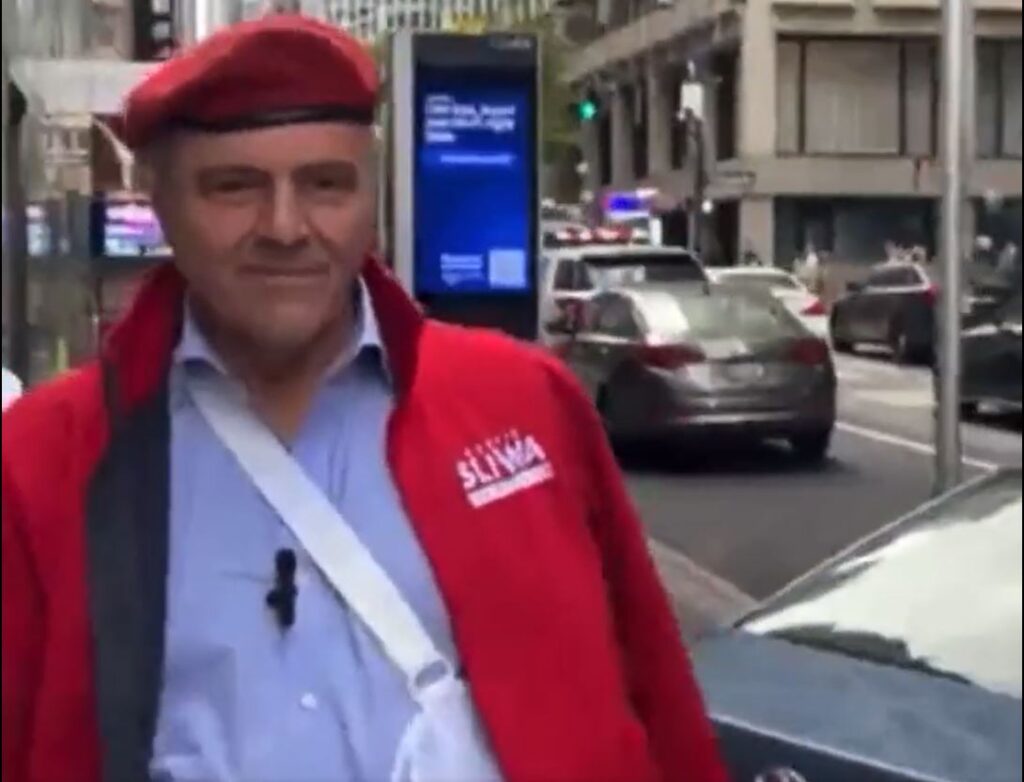 Republican mayoral candidate Curtis Sliwa was hit by a yellow cab in Midtown Manhattan on Friday and taken to a hospital as a precaution, his campaign staffers said.

Sliwa, the Guardian Angels founder who is on Tuesday’s ballot for mayor of New York City, was hit by a taxi near Rockefeller Center shortly before noon, suffering injuries to his arm and knee, senior campaign adviser Rob Cole said.

Sliwa was struck by the cab as he was on his way to a live radio show at WABC, his sister and spokesperson Maria Sliwa said.

“Sliwa did complete his hour-long scheduled show,” Maria said. “However, out of an abundance of caution, the campaign is postponing this afternoon’s schedule so that medical professionals can check out Sliwa at Lenox Hill Hospital.”

Sliwa did not file a police report about the incident, Cole said.

He was diagnosed with a fractured left arm, which requires a sling. In addition, he has swelling on his left knee, which required an ace bandage wrap. There is no internal bleeding, and he was fit for a sling.

Adams tweeted that he wishes Sliwa a speedy recovery on Twitter, and that “I hope to see him back out on the trail this weekend.”