Israel State Dep’t: Israel Would Have to Authorize Palestinian Consulate in Yerushalayim
Israel 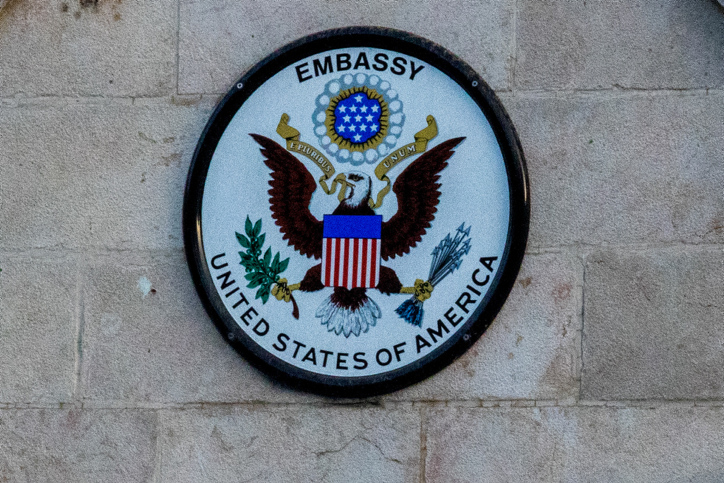 The U.S. State Department confirmed on Wednesday that it could not open a consulate to the Palestinians in Yerushalayim without Israel’s authorization.

Asked about it in a meeting of the Senate Foreign Relations Committee, Deputy Secretary of State for Management and Resources Brian McKeon said that his understanding was that “we’d need to get the consent of the host government to open any diplomatic facility.”

The U.S. closed its consulate to the Palestinians in 2018, when it recognized Yerushalayim as Israel’s capital and moved the embassy there, and started a department for handling Palestinian consular affairs within the embassy to Israel. The facility on Agron Street, in western Yerushalayim, the part of the city that some other countries, like Russia, recognize as Israel’s, was turned into a residence for the ambassador.

Biden promised to reopen the consulate in his election campaign, and American officials have raised the issue with Israel, but the government opposes it.

Foreign Minister Yair Lapid has agreed to the formation of a joint team to discuss the consulate with the United States but not until after the government passes the budget.

According to U.S. sources involved in the matter, the Biden administration will try to reach an agreement with Israel, and if it does not succeed, it may take a unilateral step after the Knesset approves the budget.

Israel has argued that if Washington is interested in opening a diplomatic mission to the Palestinians in Yerushalayim, it should do so outside of the municipality’s jurisdiction, for example, in the neighborhood of Abu Dis. The U.S. has rejected that proposal outright.