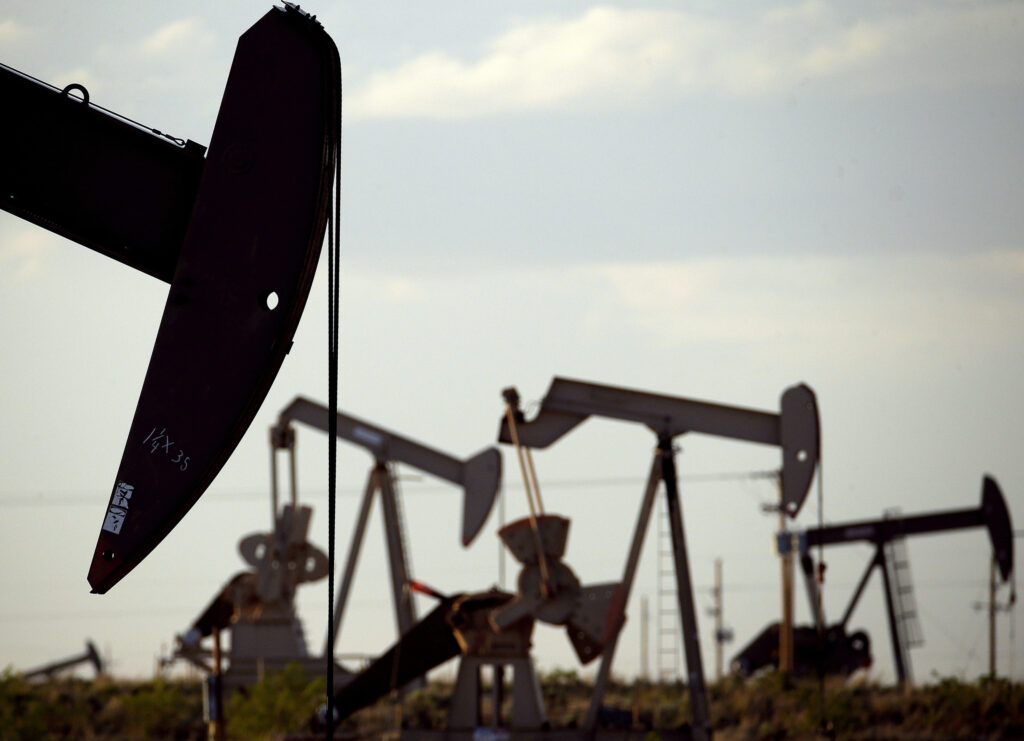 Top executives at ExxonMobil and other oil giants are set to testify at a landmark House hearing Thursday as congressional Democrats investigate what they describe as a decades-long, industry-wide campaign to spread disinformation about the role of fossil fuels in causing global warming.

Top officials at four major oil companies are testifying before the House Oversight Committee, along with leaders of the industry’s top lobbying group and the U.S. Chamber of Commerce. Company officials were expected to renew their commitment to fighting climate change.

The much-anticipated hearing comes after months of public efforts by Democrats to obtain documents and other information on the oil industry’s role in stopping climate action over multiple decades. The appearance of the four oil executives — from ExxonMobil, Chevron, BP America and Shell — has drawn comparisons to a high-profile hearing in the 1990s with tobacco executives who famously testified that they didn’t believe nicotine was addictive.

“The fossil fuel industry has had scientific evidence about the dangers of climate change since at least 1977. Yet for decades, the industry spread denial and doubt about the harm of its products — undermining the science and preventing meaningful action on climate change even as the global climate crisis became increasingly dire,” said Reps. Carolyn Maloney, D-N.Y., and Ro Khanna, D-Calif.

Maloney chairs the Oversight panel, while Khanna leads a subcommittee on the environment.

More recently, Exxon, Chevron and other companies have taken public stances in support of climate actions while privately working to block reforms, Maloney and Khanna charged. Oil companies frequently boast about their efforts to produce clean energy in advertisements and social media posts accompanied by sleek videos or pictures of wind turbines.

Democrats have focused particular ire on Exxon, after a senior lobbyist for the company was caught in a secret video bragging that Exxon had fought climate science through “shadow groups” and had targeted influential senators in an effort to weaken President Joe Biden’s climate agenda, including a bipartisan infrastructure bill and a sweeping climate and social policy bill currently moving through Congress.

Keith McCoy, a former Washington-based lobbyist for Exxon, dismissed the company’s public expressions of support for a proposed carbon tax on fossil fuel emissions as a “talking point.”

McCoy’s comments were made public in June by the environmental group Greenpeace UK, which secretly recorded him and another lobbyist in Zoom interviews. McCoy no longer works for the company, an Exxon spokesperson said last month.

Darren Woods, Exxon’s chairman and chief executive, has condemned McCoy’s statements and said the company stands by its commitment to work on finding solutions to climate change.

Maloney and Khanna compared tactics used by the oil industry to those long deployed by the tobacco industry to resist regulation “while selling products that kill hundreds of thousands of Americans.”

The oil industry’s “strategies of obfuscation and distraction span decades and still continue today,” Khanna and Maloney said in calling the hearing last month. The five largest publicly traded oil and gas companies reportedly spent at least $1 billion from 2015 to 2018 “to promote climate disinformation through ‘branding’ and lobbying,” the lawmakers said.