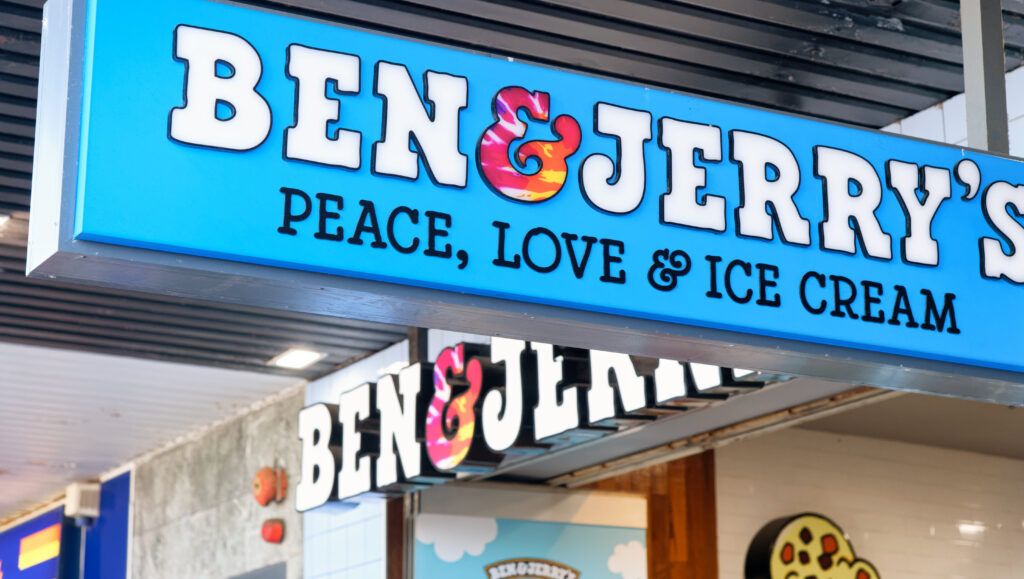 New York State will divest over $100 million in securities from conglomerate Unilever, after its ice cream subsidiary Ben & Jerry’s announced last summer it would no longer sell its products in what it deemed “occupied Palestinian territory.”

“After a thorough review, the New York State Common Retirement Fund will divest its equity holdings in Unilever PLC. Our review of the activities of the company, and its subsidiary Ben & Jerry’s, found they engaged in BDS activities under our pension fund’s policy,” state Comptroller Thomas P. DiNapoli said in a statement to Hamodia on Thursday night, referring to the anti-Israel Boycott, Divestment & Sanctions movement. A DiNapoli spokesperson told Hamodia the Fund has $111 million in actively managed Unilever holdings.

Ben & Jerry’s announced July 19 that when its agreement with its Israeli licensee expires at the end of next year, it will no longer sell products in Yehudah, Shomron and eastern Yerushalayim. Unilever at the time said it remains “fully committed to our presence in Israel,” but that when it had acquired Ben & Jerry’s in 2000, “as part of the acquisition agreement, we have always recognised the right of the brand and its independent Board to take decisions about its social mission.”

Ben & Jerry’s’ announcement was hailed by supporters of Palestinians and drew backlash from Israel advocates. Thirty-five states have laws or regulations barring the state from doing business with those who boycott Israel, and a number of government officials in the U.S. immediately threatened to divest their pension funds from Unilever securities.

Just days after Ben & Jerry’s’ announcement, DiNapoli’s office warned Unilever CEO Alan Jope that unless Unilever demonstrated within 90 days “that it has not engaged in BDS activities, the Fund’s investment in Unilever will be subject to a detailed review and staff recommendation, which may include investment restrictions, in accordance with the Fund’s BDS Policy.”

Jope responded in a letter dated August 4, stating that “Unilever has a strong and longstanding commitment to our business in Israel,” but that “from a Unilever perspective, [the Ben & Jerry’s issue] is a complex matter” because Ben & Jerry’s had retained the right to engage in social activism.

“I would also like to make it exceptionally clear that Unilever rejects completely and repudiates unequivocally any form of discrimination or intolerance,” Jope wrote. “Anti-Semitism has no place in any society. We have never expressed any support for the Boycott Divestment Sanctions (BDS) movement and have no intention of changing that position.”

Arizona, New Jersey, Florida and Texas have also either divested or begun the process of divesting their Unilever securities.

New York City Mayor Bill de Blasio has expressed his personal disappointment with the ice cream brand’s decision and suggested he may personally boycott it, but didn’t directly call for city Comptroller Scott Stringer to divest from Unilever. Stringer, whose term is over at the end of this year, has not commented publicly on the issue, and his office has not responded to at least six queries on the matter from Hamodia. The city’s policy likely won’t change anytime soon: Brad Lander, the presumed next city Comptroller after winning the Democratic nomination, praised Ben & Jerry’s’ announcement last summer and indicated he wouldn’t divest from Unilever. “Companies that decide not to operate in the settlements do not pose a risk to New York’s pension funds,” Lander said. “If anything, continuation of the occupation poses grave ongoing risks to Palestinians, Israelis, and to those who care about them.”

New York State Sen. Simcha Felder told Hamodia on Friday that he applauds DiNapoli “for his bold actions against the hateful and intolerant act by Ben & Jerry’s and its parent company Unilever, which sows hate and encourages violence against Jewish people everywhere.”

“New York State has sent a clear message that these bigoted actions will not be tolerated,” said Felder. “I hope New York City will do the right thing as well.”

In a phone conversation with Hamodia on Friday, Alan Dershowitz, an attorney, Harvard law professor emeritus and Israel activist, called the move by states to divest from Unilever “the right thing to do, to fight,” and said he will be boycotting all products produced by the conglomerate that has a market capitalization around $139 billion.

“I will never again eat a Ben and Jerry’s product or, to my knowledge, use a Unilever product,” Dershowitz said. “Every institution should put pressure on Ben and Jerry’s and Unilever and their bigotry. Remember, Unilever is a company that does business with every human-rights violator in the world: with Iran, with Cuba, with Belarus, with Russia. They only single out Israel. And that’s antisemitism: singling out the nation-state of the Jewish people for boycott, and continuing to do business with the worst human-rights offenders in the world, is simple, pure bigotry and it ought to be fought.”

“If I see the name Unilever, I don’t buy,” Dershowitz said. “Just like you go through [a product] for fat content and kosher, I go through it now for bigotry. I don’t use products that are produced by companies that engage in antisemitism and bigotry. And I think everybody should follow that approach.”

Dershowitz had told Hamodia in late July that he was “in the strategy phase” of a lawsuit against Unilever. On Friday, he said he has “been consulting with a number of people who are considering legal action, but I’m not free at this point to disclose anything beyond that.”

Unilever shares dropped 0.6% Friday, then lost another 0.3% in after-hours trading.

Below: Unilever’s August 4 letter to the Comptroller’s office was not deemed a sufficient demonstration that the company has not engaged in BDS activities.