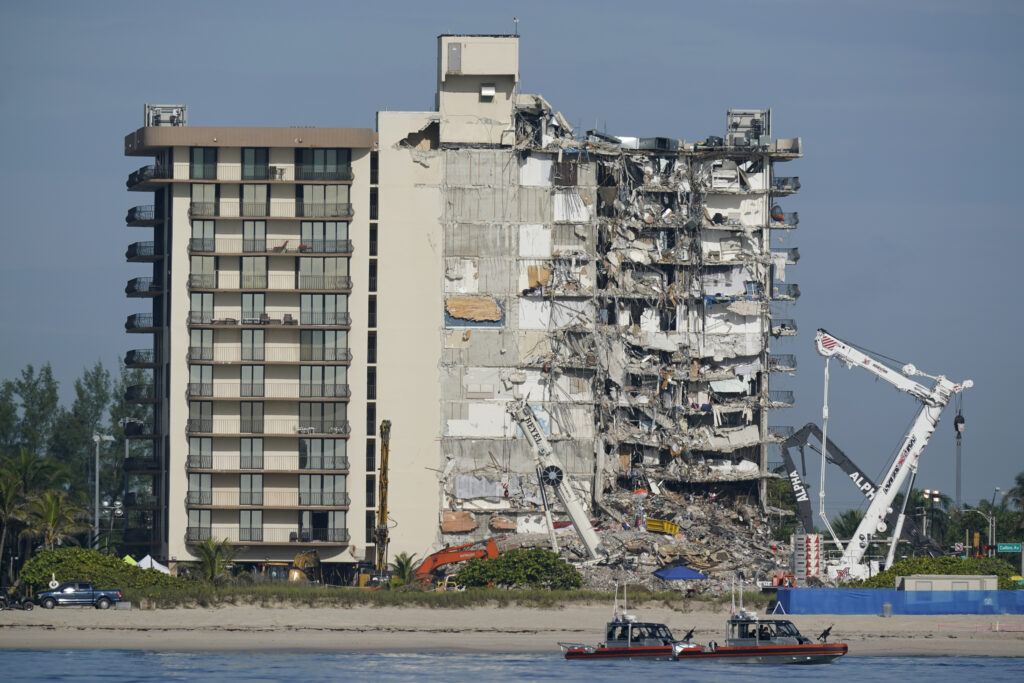 The state of Florida should consider requiring high-rise buildings near the coast to undergo safety inspections every 20 years, according to a coalition of engineers and architects that formed after a Miami-area condominium collapsed in June, killing 98 people.

The recommendations, released four months after Champlain Towers South collapsed in Surfside, are based on “preserving the long-term health of buildings by assessing environmental and other degradation of structures and their systems over the life of a building,” the American Council of Engineering Companies of Florida and the Florida Engineering Society said in a news release.

Seven of the state’s engineering and architecture associations formed the Surfside Working Group to come up with ideas to prevent another tragedy like the partial collapse of the 12-story beachfront property.

The group also said nearly all large buildings in Florida should be inspected for structural problems within their first 30 years, with follow-ups every 10 years. Buildings within 3 miles (5 kilometers) of saltwater should be inspected within their first 20 years, with follow-up safety inspections every seven years, the group said.

The Miami Herald and the Tampa Bay Times first reported the recommendations on Thursday.

The report calls for inspections on a wide range of buildings, including condominiums, offices and other structures that exceed 10 occupants and are covered by the state’s building code.

Champlain Towers South was undergoing its 40-year inspection when it crumbled in the middle of the night. A 2018 engineer’s report noted “major structural damage” caused by lack of proper drainage on the pool deck.

The condominium board’s discussions over how to pay for the repairs delayed work on the building.